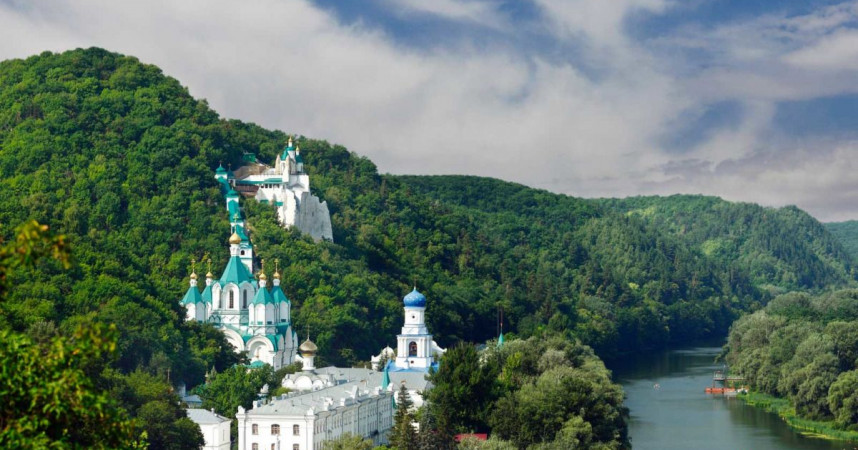 The Information and Education Department of the Holy Dormition Svyatogorsk Lavra has let it be known that the Svyatogorsk monastery, being in the war zone, carries on with its daily chores — the daily Divine Liturgy and other Divine services are celebrated, the reading of the Lenten Psalter is not interrupted, and the brethren continue with their daily routine.

Since late April there has been no cell phone or internet connection in the monastery, but notes and messages are sent to the monastery through the sketes, which have access to the internet.

The Ukrainian military are reported to have deployed artillery at the Svyatogorsk Lavra.

The Holy Dormition Svyatogorsk Lavra is a major Orthodox Christian monastery in Donetsk. The first monks are believed to have settled in the area as early as the 15th century. The Svyatogorsk monastery played a key role in the preservation of Orthodox traditions during the years of atheist rule in the 20th century. After the Lavra was closed down in 1922, its monks dispersed to different villages, where they continued their ministry in secret. In 2004, the monastery was officially granted the status of a  Lavra — a large center of monastic life, where hundreds are coming to seek consolation and spiritual advice.