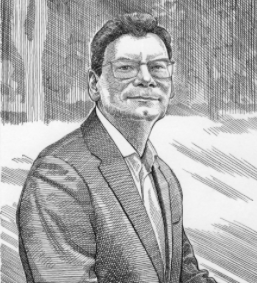 Author
Mikhail Loginov
Top Articles
04.09.2021, 19:00
We often hear that Orthodoxy is contemplative and inactive. I've been learned no...

When you enter Ivanovka, a village near Stary Oskol, in the Belgorod region, you don't have to ask where the church is – you can see from the outskirts. The Church of the Nativity of the Most Holy Theotokos, built in the century before last by Prince Nikolai Trubetskoy and not restored to the end after the disasters of the last century, is cute and cozy, albeit without architectural frills. The priests who serve in such old churches, restore buildings and create parish life can be found all over Russia.

But not every one of them has a black belt in karate, with the right to teach, can run a marathon and a master of sports of international class in powerlifting. And Father Maxim Pastukhov from Ivanovka can do all this. Regalia are kept at home. Father Maxim looks like an ordinary middle-aged rural priest, calm, polite and modest.

But the story of his life is rich. Of course, it is extraordinary - there are no priests with ordinary biographies in Russia. And also smooth and consistent, when each event is explained by the previous one.

Why are you interested in sports? Grandpa played volleyball, Dad did athletics, ran skiing. Why did you choose martial arts? There have been situations when you have to defend yourself. Maxim remembers how once in a suburban train, a drunk uncle wanted to throw him, a teenager, out of the train. Just like that, out of a sudden drunken dislike.

My grandmother brought me to the Assumption Church in Novy Oskol. Maxim sang in the church choir for eight years. He was fond of music, graduated from a music college, taught at school, played and sang, recorded albums in the studio, in the new age style. He improved in sports, graduated from the Bushido Academy in Moscow, received the first dan, a black belt in karate, a diploma giving the right to teach. He took up weightlifting, became a master of sports of international class in powerlifting. Became a firefighter, got married.

And at the age of 33 he returned to the Church. So simple and matter-of-fact, as if all these years he continued to sing in the church choir. He graduated from the seminary, was ordained a deacon, and a year and a half later – a priest. And he began to serve in the village of Ivanovka, in the church, then even poorer and more unsettled than now. For example, there was no iconostasis and lecterns – the parishioner carved them out of wood. The old alarm clock was restored.

The most difficult thing, perhaps, was his wife Svetlana. She married an athlete and musician who worked as a fire fighter and lives in the city. And she became a village priest. But she didn't just get used to village life– she fell in love with it. She started a herd of goats so that her daughters would have milk. I was convinced that cats in a rural house are not only fluffy pets, but also the most reliable anti-mouse protection.

Maxim and Svetlana have three daughters. The eldest, thirteen-year-old Ulyana, has already become an international master of sports in powerlifting. And she set a world record for Russian deadlift, of course, in her age category.

Did Father Maxim quit sports? No. In 2011, Bishop John of Belgorod and Starooskolsky blessed the creation of the Orthodox sports club named after St. Joasaph of Belgorod at the church in the village of Ivanovka. Father Maxim trains boys from the village and neighboring settlements. Classes begin with prayer and end with prayer. The father-coach never starts a conversation about faith first, but the guys often ask him questions. And then they bring their parents to the temple.

But the priest-coach is also a musician. When the wards are engaged in headphones, sometimes he asks to listen to rap in English, translates with comments. Advises not to listen to devilry.

Father Maxim continues long cross-country races. Previously, he listened to tracks with headphones, now he runs a marathon distance at night without them to listen to the rain and the whisper of trees. Music is replaced by incessant prayer on the run.

Here is such a priest from the village of Ivanovka.