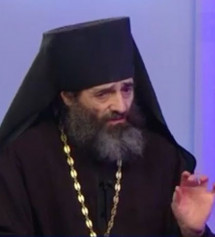 A young intelligent woman asked me:

– Does your Church make a distinction between practicing and non-practicing homosexuals?

– Wait a minute... Non-practicing homosexuals... Who are they??

But my response time was apparently incompatible with woman's attention span: she was already talking about something else.  So I was left alone with the puzzle.  I spent quite some time examining it at various angles, from various directions, and finally came to a firm conclusion which I have to share with you.  Those who know me might be surprised and even deeply concerned, but the hard truth is as follows:

I am a non-practicing homosexual.

Yes, yes, let us face it.  I have been living alone for nearly 10 years, not getting involved with women, never attending singles' bars, never responding to dating clubs advertisement, shunning parties, receptions, celebrations, shows, performances, movies  etc. with distinctive "heterosexual" (or plain sexual) attitude. Every time I have to visit a grocery store I become nearly sick from shameless "heterosexual" magazine covers at the check-out lines, and as time goes by, 'nearly' is about to give way to 'actually'... What else does one need to qualify for a non-practicing homosexual?

Needless to say, I was bewildered by my discovery. But only at the first moment: very soon I found out that I am not alone. Quite a few of our parishioners, in fact, all those who are above certain age but have no spouse, both men and women, are sharing with me this not-so-unusual condition. Looks like there isn't much to worry about, after all.

Then I realized, with curiosity rather than anxiety, that I am also a non-practicing fornicator of regular style (let me spare you the details, please).  Moreover, I have discovered a lot of the same nature about myself.  I am a heavy-duty non-practicing thief, a prominent non-practicing bearer of false witness, and a distinguished non-practicing accuser of others – but here I am not so sure about "non-practicing".  And recently, as the US and NATO are expanding their world-wide activities, I have become involved in such non-practicing things that I'd rather keep them private, lest we all get in trouble with the FBI.