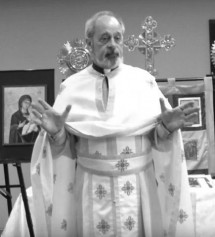 Let me condense what rejecting the masculine pronoun for God really means.

Put another way, if we call God "She", we imply that God's manner of creation is similar to a woman giving birth. Deep symbolic confusion results. We begin to think that God and the creation are one. The ontological distance collapses. There is no real difference between God and creation. The binary disappears.

This is a return to pagan ideas of God. Paganism could not perceive of the gods existing outside of creation (the gods were personifications of natural energies projected into the heavens). As a result, the gods were seen as giving birth to creation in some manner or another. The creation came out of the stuff and substance of the gods just as a baby is the stuff and substance of its mother.

Moreover, if the creation is born from the gods in the way that a child is born from its mother, then the gods exist within time and space just as the creation does. Genesis however sees it differently. If God spoke the world into existence, then time and space itself are created. God stands outside of space and time. He stands completely outside of created existence.

When the Episcopalians and others adopt these neo-pagan beliefs the consequences are immediate often in areas of human sexuality. They elevate the unnatural sexual behaviors such as sodomy as God given and good. The unnatural is seen as natural and an activism grows where the traditional ordering of creation is attacked as subversive to the new social order they seek to impose.

Pervert language and you pervert thinking. Pervert thinking and you will see the world in the color of the perversion. All this is marketed under the rubric of fairness when it is in fact a deep revolt.

The god they serve is no longer the God of Abraham. They want to erase all memory of Him. This is apostasy of the first order. They are in deep revolt.

* The Evil One can only destroy. He cannot create.