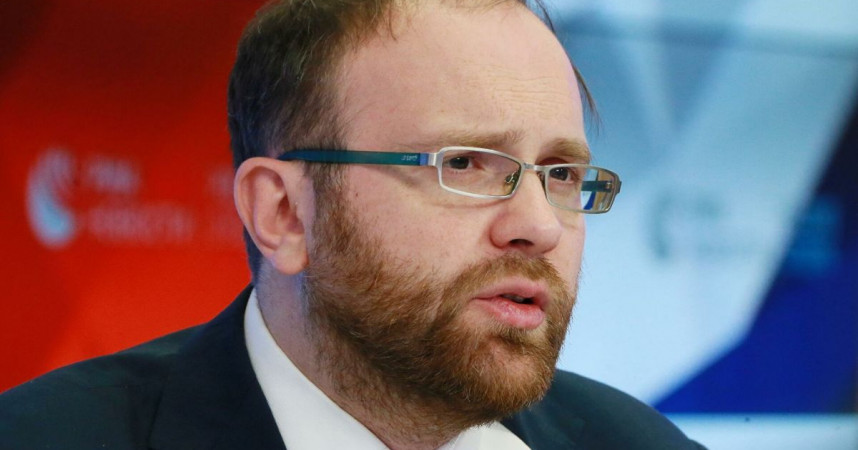 Deputy Chairman Vakhtang Kipshidze posted on his Telegram channel his comments on the World Council of Churches Assembly. After the unsuccessful attempt of some of the members of the WCC to remove the Russian Orthodox Church, this recent assembly saw another push against the Russian Orthodox Church in the form of a document on the situation in Ukraine that was put up for approval by the assembly.

In the translated post below, Vakhtang references this article published by the WCC and breaks down why this document is still polarizing to the Russian Orthodox Church, and how representatives from Donbass were excluded from the meeting. As it is machine translated, we apologize in advance for any errors.

The word "ecumenism" continues to be, in many ways, a dirty word in the Russian Church and society. The reason for this is the persistent myth that the work of the World Council of Churches must end with the inevitable fusion of all Christian confessions into some apocalyptic "super-religion”. This persistent myth defies common sense, if only because the differences within the Protestant community are such that even they have trouble imagining such a thing. Let alone involving the Orthodox world in such a thing.

This is why the World Council of Churches (WCC) Assembly held in Karlsruhe, Germany in September 2022 is, above all, a way for Christians from different countries of the world to communicate. We live in a world of distortion, so it is a valuable experience to be able to communicate with a person from a particular Christian community in person.

The Assembly became a test for the WCC not to turn into a political tool of influential governments, or in the current context, into a tool to pressure the Russian Orthodox Church. After all, the Russian Church, like Russian society, has "disappointed" Western political elites by not agreeing with the interpretation of the Ukrainian conflict that the liberal media consider the only possible interpretation.

Therefore, Russian-speaking sympathizers of the anti-Russian approach called for "punishing" the Russian Church by excluding it from the World Council of Churches. Of course, there was also talk of condemning Patriarch Kyrill, and the ludicrous appeals to this were placed on the posters of a handful of Ukrainian protesters at the entrance to the forum.

It must be said that the WCC has never in its history been a linear expression of the will of developed nations. There has always been a diversity of opinion on this platform, in which the ROC has been involved since 1959. That's why President Steinmeier's blunt rebuke of the Russian Church and his questioning of its very participation in the assembly didn't inspire any optimism in most of those in attendance. It may be noted; however, that many said that the inter-Christian community could not be the recipient of such "edicts”.

At the same time, the document on Ukraine is far from being supportable in Russia. There is no condemnation of the Russian Orthodox Church as demanded by the West, but in the rest of the rhetoric there are many politicized assessments. This was made possible, in part, by the participation of representatives of the PCU, who are actively trying to present themselves as the majority religious community in Ukraine. While at the same time the Assembly did not provide a suitable format for the participation of representatives from Donbass.

The World Council of Churches will continue to be a space for sharp discussions, the outcome of which will most likely not be predetermined by external political will. But it is likely that the climate of crisis in international relations will allow for a new impetus to inter-Christian dialogue.