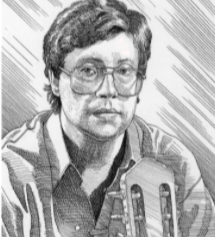 When the inauguration of the Museum of Russian Diaspora on Taganka took place in May last year, many of the guests who came from all over the world noticed how many unique relics on display testified that Russian exiles cherished the traditions of their abandoned Motherland. And, above all, the Orthodox faith.

This was also pointed out by the Chairman of the Moscow Patriarchate's Department for External Church Relations, Metropolitan Hilarion of Volokolamsk, who, together with SV Lavrov, took part in the festive ceremony. “And it is still difficult for us to assess the irreparable losses that our country has suffered, having lost many rich in spiritual experience, creative and highly educated people. The tragedy of the scattering did not pass by the Russian Orthodox Church either. Many hierarchs and clergy were also forced to share the fate of the exiles ... Thanks to the Orthodox faith, the willingness to embody the gospel ideals in their lives, to follow the precepts of their ancestors, our compatriots managed to preserve their civilizational and cultural identity, their native language and native culture, "he said in his speech ...

Indeed, the Orthodox faith and the Russian Orthodox Church have become that pillar, around hundreds of thousands of Russian exiles. Wherever the lot was cast, the first thing to do was to organize the church. Around which Russian life was in full swing, schools, charitable activities, etc. were organized. Even when they found themselves in deserts or steppes, they still erected a church, even a hut or a hut, in which they prayed to preserved paper icons or images that they managed to take with them.

The history of the Russian Orthodox Church abroad is a huge topic, and here we will recall only some of its aspects.

The first meeting of the bishops of the Russian Orthodox Church abroad took place on a ship that took them away from Constantinople during the exodus of 1920. The official position of the church was very difficult, because in Soviet Russia Patriarch Tikhon remained practically a hostage. At the end of 1921, in the Serbian town of Sremski Karlovtsi, an All-Foreign Church Council took place, which determined the life of the Russian Church abroad. Not all participants accepted it unequivocally, schisms subsequently occurred, but the fidelity of the ministry of Russian Orthodox pastors was clearly defined.

As already mentioned, in every country where Russian emigrants found themselves, a Russian Orthodox Church began to live. So, for example, in France at the beginning of the 20s. the Russian student Christian movement was organized, thanks to which hundreds of young people were brought up in the traditions of Orthodoxy. In Paris, through the efforts of the former governor Mikhail Osorgin, the St. Sergius Compound was created, which included the Theological Institute. In the United States, Russian emigrants organized the Orthodox Theological Seminary in Crestwood and the Holy Trinity Orthodox Theological Seminary in Jordanville. The name of Vladyka John of Shanghai, who took care of the Russian flock in China, sounded to the whole world. It was he who managed to save thousands of our compatriots who fled from communist China after the war and found temporary shelter on the windswept Philippine island of Tubabao.

In a word, you can remember a lot. I would like to finish with the poetry of the wonderful poet Vladimir Smolensky, who died in 1961 in Paris.

“… And I believe, the eternal word, / Suffering, exiled Savior, / Lovingly looks and sternly / Into the hand that he is writing now. / No wonder, through earthly fears, / In already hopeless melancholy, / I am the strong hand of Russia / I hold in my weak hand. "