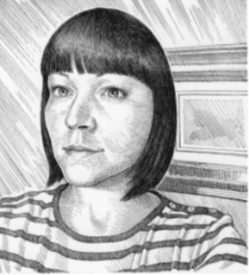 Scientists have been arguing about the location of this ancient city for many years. It was here that Christ performed the miracle of multiplying loaves and walked on water.

This summer, an international team of archaeologists discovered the foundation of an ancient Byzantine church in the town of El Araj on the eastern shore of Lake Kinneret. Scientists have suggested that this is the famous Church of the Apostles, according to legend, built on the site of the house of the Apostles Peter and Andrew. If so, then archaeologists have finally managed to find the ancient city of Bethsaida, the exact location of which scientists have been arguing for 30 years.

In Bethsaida, Christ performed the miracle of multiplying loaves and walked on water. This city is also mentioned as the birthplace of the Apostles Peter, Andrew and Philip. Andrew and Peter were brothers and lived in the same house. According to legend, a church was subsequently built on the site of their house. Mention of it is found only in one historical source - the "Travel notes of St. Willibald".

The Benedictine monk Willibald made a pilgrimage to the Holy Land in 724, when Palestine had already been conquered by the Arab Caliphate. He wrote that he walked along the northern coast of Lake Tiberias, and reached Bethsaida, the birthplace of the apostles Peter and Andrew, where a large church was built on the site of their house. The foundation of this church and an ornate mosaic floor were found during excavations in the summer of 2020.

This mosaic was first discovered in 1930 by the German archaeologist Rudolf de Haas under the Ottoman mansion of the 19th century, known as Beit Haabek. Almost a hundred years later, Mordechai Aviam and his American colleague Stephen Notley continued excavations near Beit Habek and discovered other fragments of the same mosaic. They found in it gilded tesserae - mosaic cubes. So scientists realized that this mosaic is not Roman, but Byzantine. Later, archaeologists opened the foundation and realized that in front of them was a church. There was a suspicion that they had found the ancient church of the Apostles, and hence the place of the ancient city where it was located - the biblical Bethsaida.

According to archaeologist Mordechai Aviam, it can be argued that this is the Church of the Apostles. The church he found is quite large - its area is 27 by 16 meters. No one has ever found such large Byzantine temples in this area. The church is richly decorated, it is clearly not a roadside chapel - gilded tiles are not found in all Byzantine temples. Two inscriptions in Greek were found on the mosaic floor. One says about the bishop, during whose reign the church was restored. According to Mordechai Aviam, this indicates that the church had a high status. The bishop would not personally engage in the reconstruction of a church that has no noticeable significance. The second inscription mentions a church deacon who participated in the construction.

Archaeologists hope that during further excavations they will find other evidence and will be able to determine whether this is the church that stood on the site of the house of the apostles. Perhaps in a few years we will know exactly where Bethsaida of Galilee really was.

Share:
More Author Articles
More Author Articles
Такой разный Остров
The pandemic has taught us to save
Have you noticed that all these knockdowns and quarantines f...
Российские реставраторы в Алеппо
Faith in God and climate
Even if environmental problems are often used to manipulate...
Опасность невежества
Serbian audience is waiting for a meeting with the Moscow Synodal Choir
The tour of one of the oldest Russian vocal groups begins in...
В Турции найдена древняя церковь
Orthodox volunteers - recording is still in progress
In the summer, training courses for volunteers to care for c...
Паломники и война в Карабахе
Read More