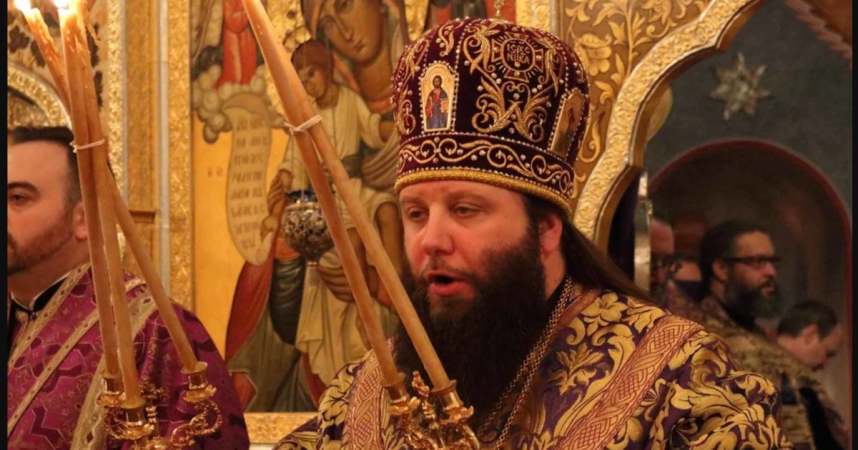 In a recent interview with Bishop Jerome Shaw, Dmitry Zlodorev questioned him on what the path the Russian Church Outside Russia (ROCOR) was planning on taking in the US and how he views its first new Hierarch. See the full translated transcript below. As it is machine translated, we apologize in advance for any errors.

The Russian Church Abroad has a new First Hierarch in the person of Bishop Nikolai (Olkhovsky). Bishop Jerome (Shaw) shared his thoughts with Orthodoxy.ru on the challenges that the Russian Orthodox Church Outside of Russia will face, as well as its Primate, on how to preserve the Russian faith in a non-Orthodox environment. 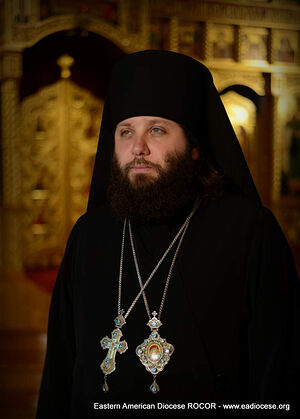 - Vladyka, what does the election of Bishop Nicholas as the new First Hierarch mean to the Russian Orthodox Church Outside of Russia?

- Since Vladyka is only a little over 40 years old, he could potentially be First Hierarch for many decades. Overall, right now, on the very first day of his election, it is too early to make any predictions.

- In your view, what are the main challenges he will face?

- The most obvious problem is the anti-Russian direction of the U.S. State Department. This is not easy to deal with.

- Vladyka Nikolai is one of the youngest, if not the youngest, Primate of the Russian Church Abroad. Is age a plus or a minus in this case?

- Actually, Bishop Laurus (Shkurla) was even younger when he was elected bishop. He was 39 years old. True, he became first hierarch later, at 73, and held that position for only seven years. But in that time, he was able to do a lot.

- What challenges does the Russian Church Abroad face now in its spiritual life and how can these problems be resolved?

- Certainly, this is a challenge that most of the other so-called "national" Orthodox jurisdictions in the United States face. It lies in the fact that people view the Church more along ethnic lines, national lines, so to speak, rather than as the One Church that it is in the first place. Moreover, many present the faith not in terms of Church history or dogmatics, but as "part of Russian culture," or "Greek culture," or some other culture.

My cousin is married to a Romanian Orthodox woman. Well, her brother can't even seem to pronounce the word "Orthodox. When I asked him what he would say if someone asked him what religion he practiced, the man replied that he belonged to the Romanian Church. Then we passed a Romanian Pentecostal Church and I asked him how he would explain the differences between that church and his own. Do you know what the answer was? "I belong to the Romanian Church."

But there is no ideological basis here. The only solution is to give people more basic religious education, not just "ethnic" education.

- Some doubt that unity with the Moscow Patriarchate is the right choice for the ROCOR in the current geopolitical climate. Fifteen years ago you were one of the most active supporters of the reunification of the two branches of the Russian Church. Do you support this course now as seriously as you did then?

- Is it a good thing that we are part of the Russian Orthodox Church, and do I support it? My answer in both cases is yes.

Why? Because until 2007 the Russian Orthodox Church was virtually isolated from the rest of the Orthodox world. We had only minimal contact with the Serbian and Jerusalem Churches. But in the U.S., for example, most families are "mixed," so to speak, and there has been a serious tendency not to bring up children in the Orthodox faith.

A long-standing aversion to the Moscow Patriarchate was largely based on a lack of awareness, and then we "suddenly" discovered that we could meet and talk to priests from the Russian Orthodox Church.

As for the attacks on the Moscow Patriarchate that are currently taking place in Ukraine, Latvia and other Baltic countries, where most believers are Orthodox, as well as on the Internet, they are more "Russophobic" and political than religious. For myself, I can say that after meeting and communicating with Patriarch Kirill, I am even more supportive of him and the canonical Church than before. 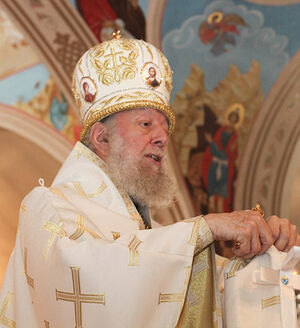 - Right now, Orthodoxy is facing blows, both spiritual and physical, from a variety of directions, and sometimes even from within. How, in your opinion, can the faith be preserved under such conditions? And doesn't everything going on around you mean that some force is attacking the Orthodox Church for its strength and desire to follow God?

- At the moment I know of no other Christian denominations, with the possible exception of Eastern Churches such as the Armenian or Coptic Churches, that are as committed to traditional Christian doctrine as our Orthodox Church is. Even the Roman Catholics are forced by their authorities to move away from traditional forms of worship and many of the Christian ways that already exist. The Anglican Church continued to be conservative and traditional in the years after World War II, but now it has changed almost beyond recognition. Lutheranism is losing its followers. Those seeking traditional Christianity are increasingly turning toward Orthodoxy. The Russian Church remains a stronghold of Orthodox teaching, but the Patriarchate of Constantinople now has little to offer the faithful.

- What does the ROCOR need to preserve its spiritual core?

- Our Church is the bearer of the faith that has been handed down to us. But we must always remember that the basis of everything is truth. The truth revealed to us by Jesus Christ transcends all nationalities.