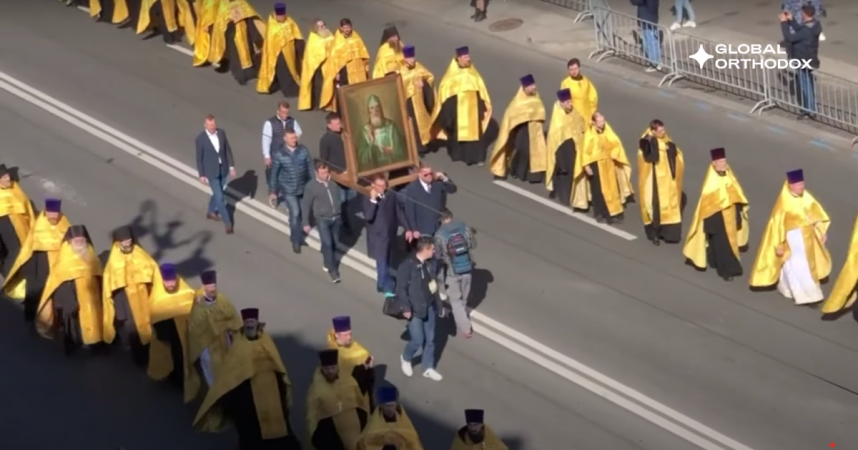 A beautiful event in northern Russia was covered by one of Russia’s most famous sites Tsargrad.tv. Translated below along with some stunning pictures and videography is the article from Tsargrad.tv, along with a short video from Global Orthodox’s own YouTube channel covering the event. As always, since it is machine translated, we apologize in advance for any errors.

One of the most long-awaited events for the Orthodox faithful was the religious procession in honor of the translation of the relics of Prince Alexander Nevsky which took place in the Northern capital. Prayerful procession united 30 thousand people, among whom were both residents of the Northern capital, and guests who had come to St. Petersburg for the sake of the procession.

As the vice-governor of the Northern capital, Boris Piotrovsky recalled, the procession on a full scale had not taken place in the city on the Neva for two years, due to coronavirus restrictions.

“The prayer procession from the Kazan Cathedral to Alexander Nevsky Square has become a long-awaited event for Orthodox believers, and has not been held for two years due to coronavirus restrictions,” - Piotrovsky

The procession started at 11 o'clock in the afternoon, but was preceded by a number of church services, one of which was held at 9 a.m. in the Kazan Cathedral and another at 10 a.m. in the Holy Trinity Cathedral.

The Divine Liturgy in the Kazan Cathedral was presided over by Metropolitan Varsonofy of St. Petersburg and Ladoga. Afterwards the prayerful procession with the Kazan icon of the Mother of God started along Nevsky Prospect.

The second smaller procession started after a service at Holy Trinity Cathedral. The faithful walked along in the direction of Alexander Nevsky Square with the relics of the prince. 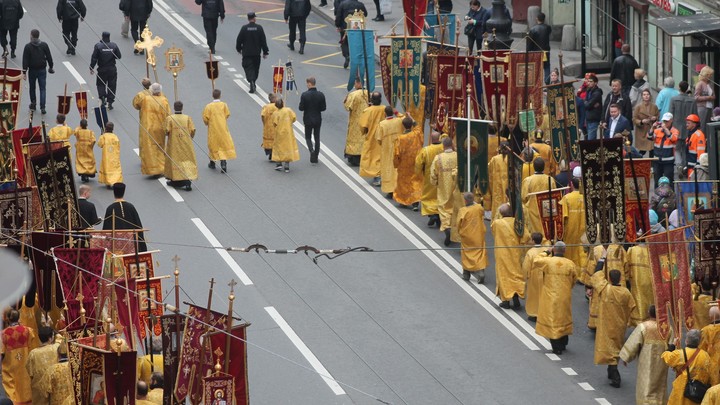 Since the resumption of the tradition in 2013, believers and pilgrims have gathered annually on September 12 in St. Petersburg from many different cities and even from neighboring countries.

The day was not chosen by chance: September 12, 1724 the relics of the great military leader were transported from Vladimir to St. Petersburg on the orders of Peter I. Alexander Nevsky has a special significance to the northern capital. For three centuries, he was the guardian of the city.

Consecration of the city 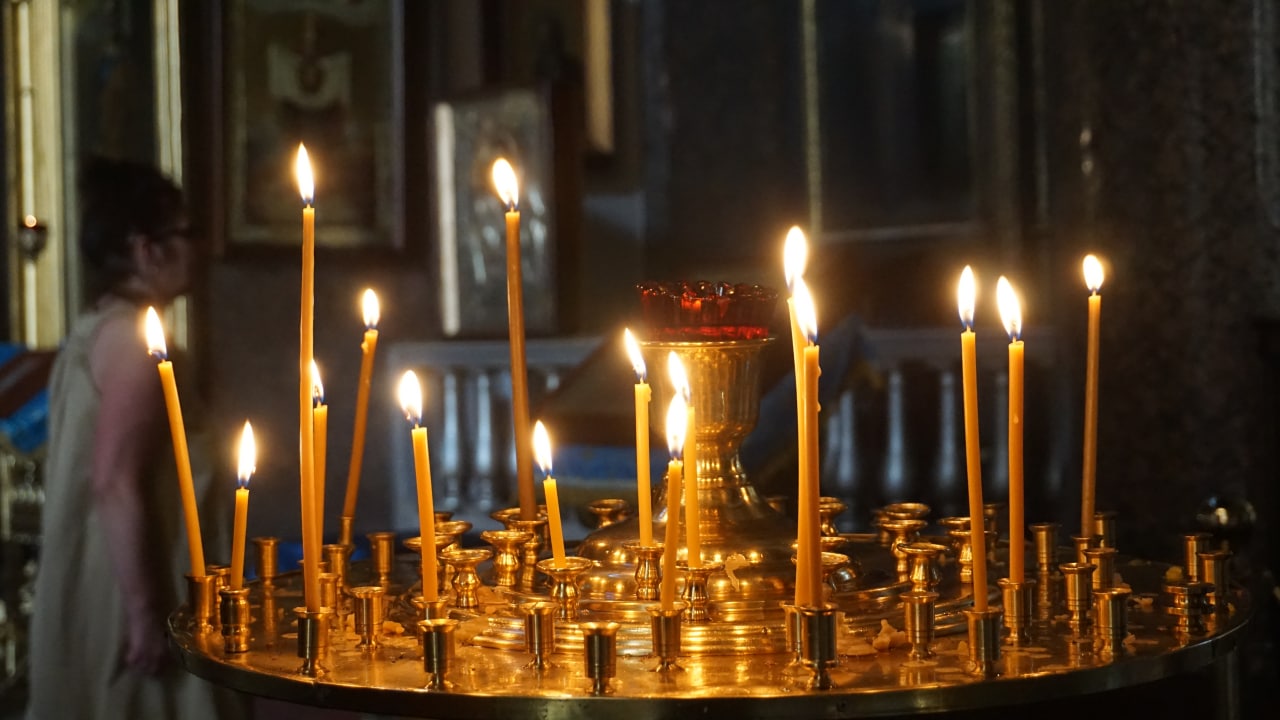 During a religious procession on the day of the translation of Alexander Nevskiy's relics in the Northern capital, two Orthodox relics meet in one square. The relics of the saint, patron of the city, and the Kazan icon of the Mother of God.

As previously explained by the chairman of the Department for Relationship of Church and Society of the St. Petersburg diocese Archpriest Alexander Pelin, the meeting of the two relics is a renewal of the consecration of the city.

“The consecration is a testament to our unity. Citywide unity, and nationwide unity. It shows that we honor history, that we know our present state, and that we move into the future. That is the significance of the meeting of the two shrines,” - Alexander Pelin

The weather was fine for such an important day. The sun had been shining in the city since early morning, allowing the golden robes of the clergy, the crucifixes, and the icons to shine. The festive procession was led by Duma deputy Vitaly Milonov, while Alexander Belsky, Duma Speaker, joined Metropolitan Varsonofy in the column. In addition, among the column a selection of bells were driven, filling the streets with bell ringing.