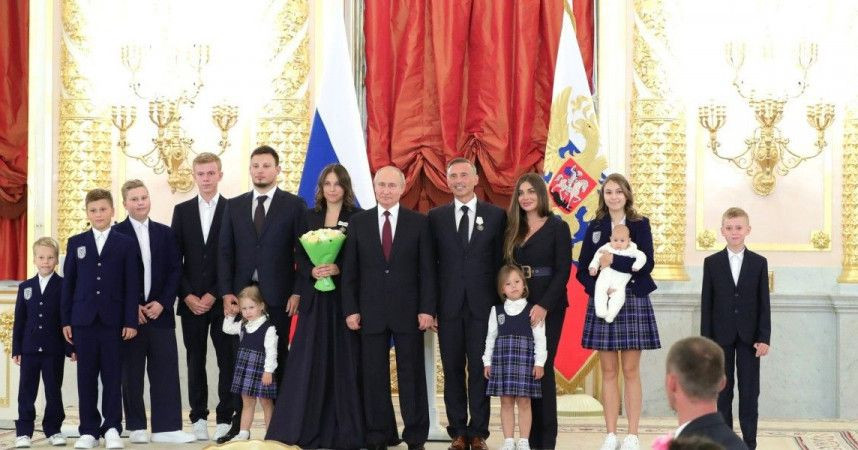 A family with many children should become the norm for Russian society and establish itself as a value reference point. This is something Vladimir Putin stressed at a meeting of the State Council Presidium on Social Issues.

"The family with three, four, or more children already has a high status in itself, and should have this status in our public consciousness and get support from the State," the President said.

According to Vladimir Putin, having many children is most welcome in the context of Russia's development, and should be a priority for the state authorities.

Previously, Deputy Prime Minister Tatyana Golikova named the multi-generation family as Russia's national idea. According to her, in this regard the Russian authorities aim to observe social guarantees for families with children, ensure their well-being, and help pregnant women and families who find themselves in difficult life situations.