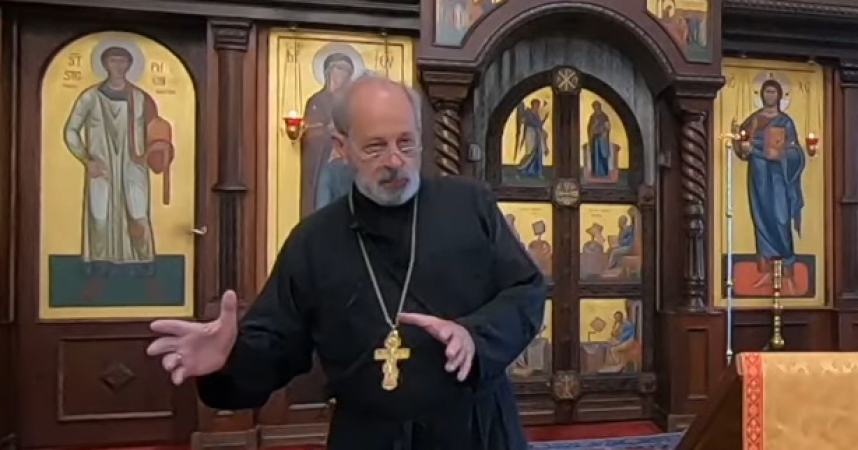 Fr. Hans Jacobse has been an Orthodox priest for over thirty years, and is an internationally acclaimed speaker, known for his extensive work with Christian young men, teaching them the value of traditional masculinity.

He recently gave a phenominal talk about how God wove Patriarchy in the very structure of Creation itself. You can watch the full video, or take a look at the fantastic soundbites below:

What is Patriarchy? Patriarchy is basically this - that hierarchy exists, and at the very top of the hierarchy is God the Father. And those who see and know, and have adopted it into their hearts, they are the ones who have created the culture against which the cultural barbarians, the secularists, now are trying to destroy.

And they understand that it's fundamentally a spiritual battle, because in attacking Patriarchy, in the end, they attack the Christian religion, knowing that it stands against their utopian and egalitarian dreams. . . .

The Devil tried to kill Christ. He tried to kill Christ at the crucifixion, but he failed. So all he has left - all he has left - is to remove the memory of God from the larger culture. And a way that you can remove the memory of God as Father from the larger culture is to destroy Fatherhood - the notion of Fatherhood - and in order to destroy the notion of Fatherhood, you have to destroy our understanding of manhood.

That's what it is on a fundamental, spiritual level. It all gets worked out in the culture. . . .

It's kind of the mouthpiece for the abortion industry. It makes a lot of money. But it also exists on a spiritual level, to deny this:

The central, most beautiful, most prescient point about the female is that she can bear children. [Feminism] separates the child from the mother. And it reduces motherhood to a utilitarian function, thereby denigrating what woman really is, her value, and even her beauty. . . .

That a woman can create a child is a marvel of creation. That a new child, a new being, comes out of the body of a woman, is glorious. And it is a primary constituent and definition of what Woman is. . . .

Feminism - denying the value of motherhood - actually demeans the woman, and devalues her, and defaces her.

Why? Because in the end, the woman has to be destroyed, womanhood has to be distorted and even destroyed, in order to reach the man and destroy man, in order to eliminate the memory of God - as Father - from the culture. That's what's going on!

To hear more, watch the full video of this spectacular message!