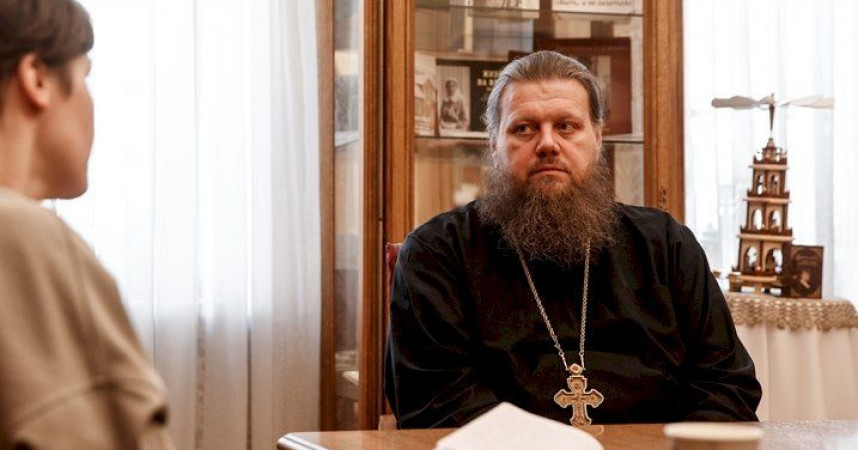 With or Without QR Codes, We Cannot Ban People from Going to Church, Says Yekaterinburg Diocese in Russia

The Yekaterinburg diocese in Russia has no intention to introduce control of QR codes on coronavirus vaccination for church visitors, said archpriest Maxim Minyailo, chairman of the Department for Church Relations with the Public and the Media of the Yekaterinburg Diocese, in a message quoted by TASS news agency. This was his answer to a question about whether the diocese plans to introduce QR codes on covid vaccination for attending churches.

In early November, Deputy Governor of the Sverdlovsk Region, Pavel Krekov, suggested that religious institutions could introduce a QR code system. Yet, he conceded that the final decision remains with the church leaders.

“With all due respect, this is something that we do not plan to do”, the archpriest said. “It is absolutely impossible to ban someone from entering a church, with or without a QR code. I could understand limiting access to entertainment, or cultural events, but the church is a place where life and death issues come to the fore."

In the Sverdlovsk region, a QR code system has been introduced for visiting most public places.

Father Maxim expressed hope that this decision will not be applied to parishioners and church goers. “A concert or cinema is one thing, but a temple of God is quite another,” he added.

Share:
Go to Channel
News
Colors of Russian Military School Blessed by Orthodox Bishop
Psalms, prayers, and sprinkling the banner with holy water
Russia Has an Excellent Annual Christian Film and Arts Festival - This Year May 22-29 in Crimea
Large scale Slavic Forum of Arts is held in Russia every yea...
US Journalist Visits Russian Church Under Fire in Ukraine
Artillery shelling of a monastery . . .
Ukrainian Orthodox Church described ban of UOC parishes as criminal
Banning canonical Orthodox parishes in Ukraine undermines ef...
Top News
Common Cause of Those who Love the Lord: New Life for Ancient Churches of Russian North
Russian Spy Chief: US Tries to Subvert Russians Spiritually and Morally, Like They Did Successfully in Ukraine (Patrushev)
Popular 19th c. Russian Saint Destroys Some Liberal Heresies Which Are Common in American Christianity Today (Branchianinov)

Patriarch Kirill addressed the archpastors, pastors, monastics and all the faithful children of the Russian Orthodox Church
Head of Russian Church Makes Major Address to Russian Senate, Full Text and Video With Captions
One of the Greatest Russian Monasteries Is in a Battle Zone in Donbass - Holy Mount
Urgent Need for Gov't Subsidies and Encouragement of Large Families - Head of Russian Church
More News
Related News