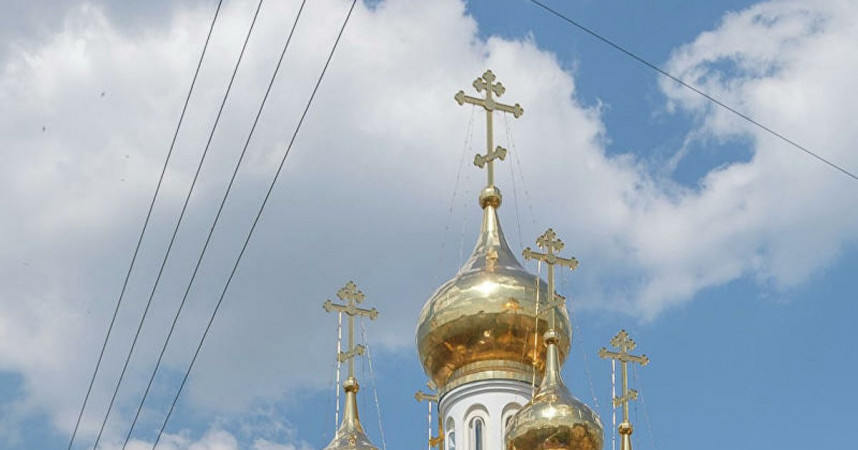 "Our Church, embracing the faithful in Russia proper, in Ukraine, Belarus, Moldavia, and other nations, has never lost ground because of schismatics and the treachery of Constantinople. The Ukrainian Orthodox Church, united with the Moscow Patriarchate as a self-governing body, has over 100 hierarchs, over 250 monasteries, over 12,000 parishes, and wherever church property is forcibly seized by schismatics, new churches are being constructed."

"Moreover," continued His Eminence, "we are witnessing a steady growth of our Church, not only in Russia and in Ukraine, but everywhere. Not long ago there were between six and seven thousand parishes in the Russian Orthodox Church. Today, we have over forty thousand. There were just twenty-five monasteries. Today, we have nearly one thousand."

"There is no reason for pride and triumphalism, but there is a reason for being grateful to the Lord. Beholding this growth, we acknowledge His good will towards our Church and believe that the gates of hell will not prevail against it (Matthew 16:18)."