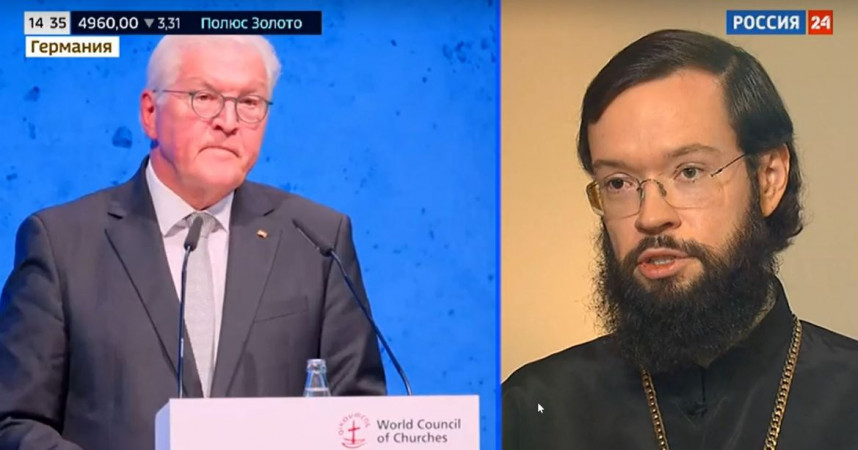 'Foreign Minister' of Russian Church: We Have Strong Support Worldwide, In No Way Isolated (Bishop Anthony)

On Saturday, Oct 1, the 'Foreign Minister' of the Russian Orthodox Church, Metropolitan (Bishop) Anthony, gave a wide-ranging interview to Russia's main news channel, Rossiya-24, about the state of the Russian church's international relations. For a written summary (in Russian), see here.

Few in the West realize that the official Russian Orthodox Church has a significant administrative and policy-making bureaucracy which resembles a kind of ecclesiastical mini shadow government. The only thing resembling it in the West is the bureaucracy at the Vatican. There are departments (committees) for foreign affairs, book publishing, seminaries, charity, family, children's welfare, anti-abortion, media relations, culture, monasteries, youth, manufacturing of church supplies, and several more. The chairmen of these committees are appointed by the Patriarch and sometimes become quite prominent, often interacting at a high level with their corresponding government equivalents.

The interview (in Russian)

For example, Metropolitan Anthony frequently meets with Russian foreign minister Sergei Lavrov, where they coordinate their activities. We recently published an article explaining that because of this cooperation between church and state, the Russian church, and by extension Christian values, have significant influence on government and society, much more so than in the West where governments are strictly secular, and where there is often outright hostility towards Christianity and Christians from governments. 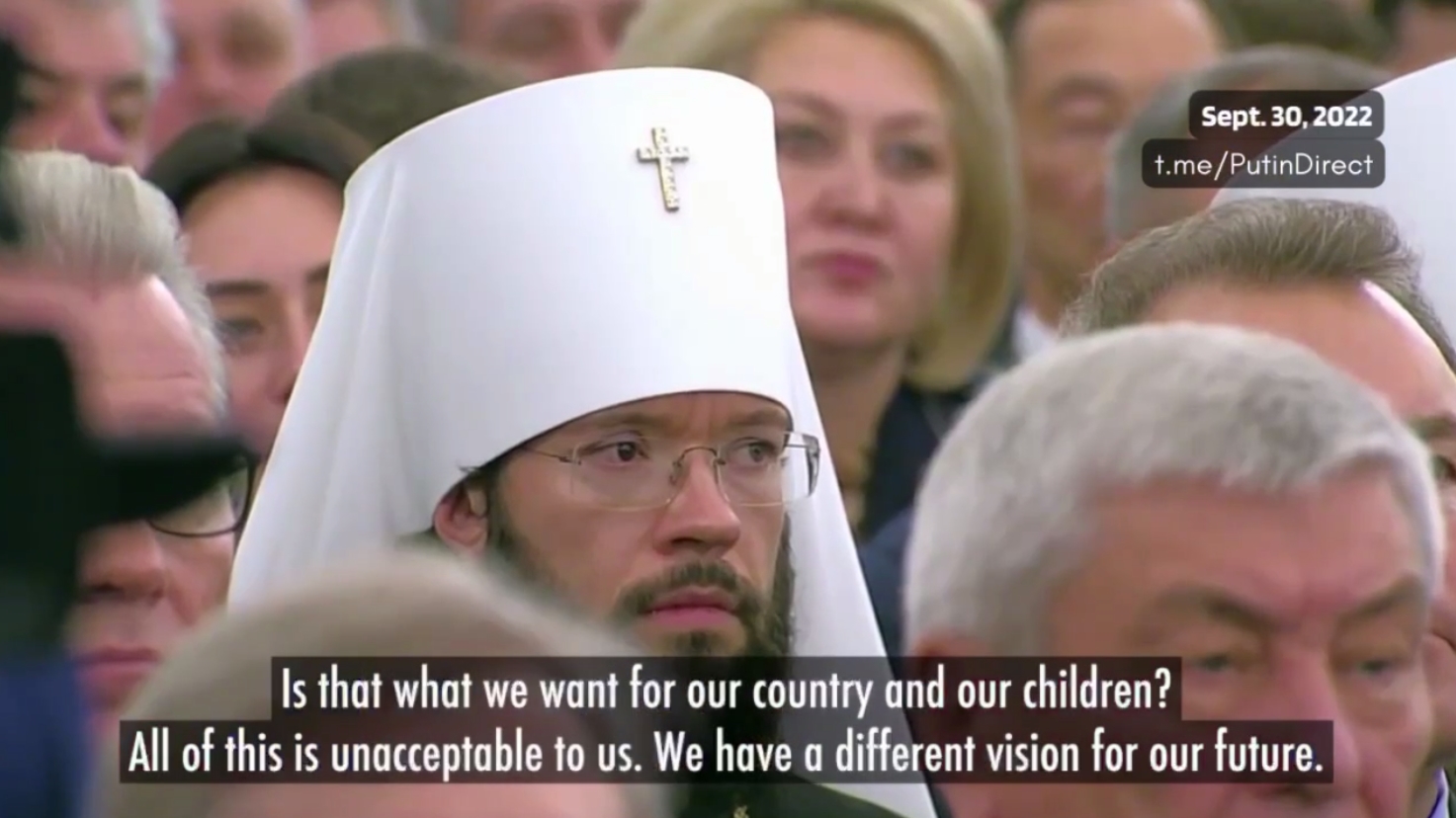 Anthony at the Kremlin last week listening to Putin's speech in which the President referred to Western elites as 'satanists'.

Anthony is unusually young, 37, for such a senior post, and represents a new generation of young Russian clerics and secular church officials who will lead the church for decades and are far better acquainted with the West, often speaking foreign languages. He has served in important postings in Rome, Berlin, and Budapest, and studied in Finland. He speaks fluent English. He recently succeeded Metropolitan Hilarion, who now serves in Budapest as head of the Hungarian diocese.

In the interview, Anthony related a recent episode at a gathering of world churches in Germany he attended (The World Council of Churches), to which Russia sent a 20 person delegation. German President Frank Walter Steinmeier gave an emotional and blistering speech to the delegates, accusing the Russian Church of aiding and abetting Russia's military efforts in the Ukraine which he termed criminal, blaming the war on Russia and Putin, and demanded that the WCC exclude Russia from their organization, because that was the only correct step from a Christian point of view. But in fact, the WCC rebuffed the German president, and many members stood up for Russia. At the end of the convention, the WCC issued a statement on Ukraine, and the Russian delegation and other churches which agree with Russia, were able to significantly influence the content, contributing essential parts which reflect Russia's view of the conflict. 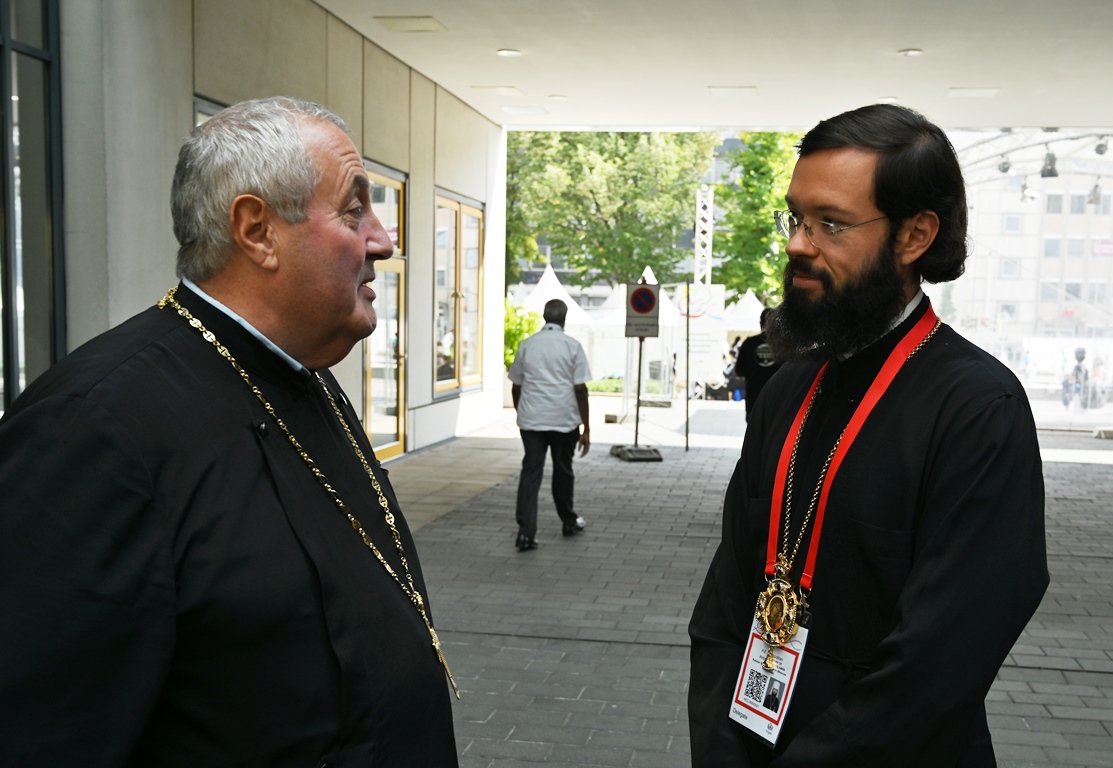 Anthony with the head of the World Council of Churches at their recent convention in Karlsruhe, Germany

Anthony went on to explain that Russia's enemies are assiduously trying to stoke disagreement and conflict within the worldwide Russian church, precisely because they understand that the church can have an enormous unifying influence outside of Russia, but particularly in Ukraine. 'Such is the unifying power of Christ', said Anthony. This explains why foreign intelligence agencies and the Ukrainian government have been so eager to launch a new Ukrainian nationalist denomination, and have been seizing church buildings from long-standing parishes, causing conflict and resentment between Ukrainian Christians. 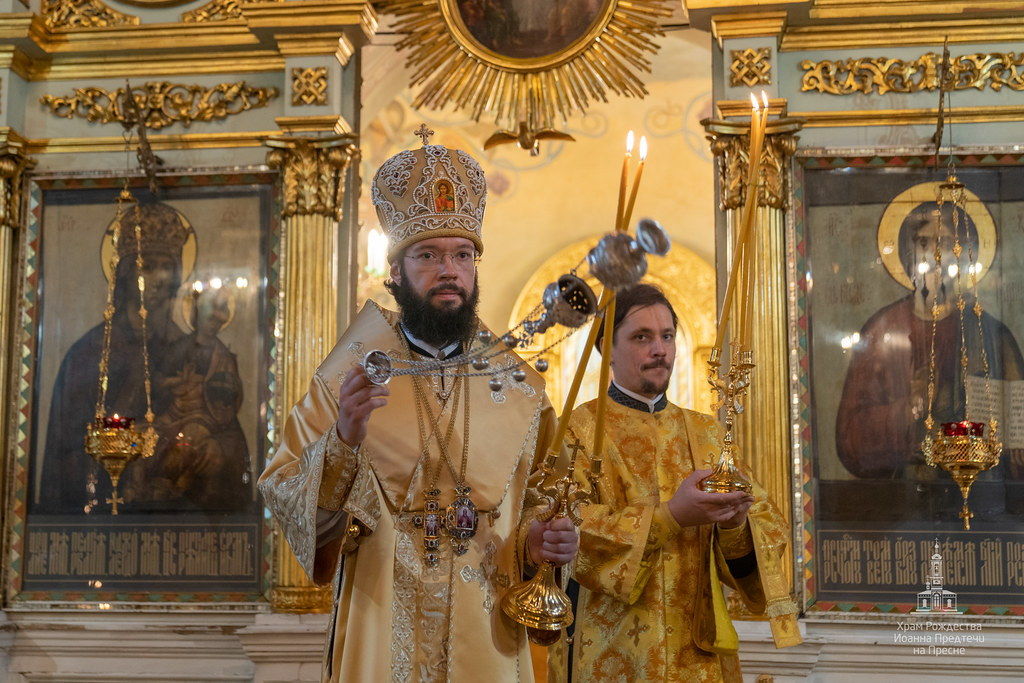 The Orthodox church in Ukraine, today largely autonomous, has for 1000 years been formally part of the Russian church. In the last centuries of the Tsarist regime, and in the USSR, it was, because Ukraine and Russia were one country. Only over the last 30 years did the Ukrainian church acquire a degree autonomy, but warm and close relations continued, even to this day. Senior clerics studied together, have served in both countries and have many long-standing links and sympathies. It is this unity and harmony which the Ukrainian nationalists and Western intelligence agencies are trying to smash.

Anthony lamented the fact that Orthodox priests in the Ukraine are not free to speak their mind about whether to remain in friendship with their 'mother' church in Moscow. Many priests suspected of pro-Russian sympathies have been murdered or severely beaten at the behest of the Zelensky government and the radical nationalist groups which support it. Their families have also been threatened and harmed.

Despite the pressure on the church in Ukraine and elsewhere, Anthony expressed confidence that serious international isolation of the Russian Church was not likely due to widespread international support for Russia outside of Europe and North America.

Anthony also said that relations of the Russian Church with the Vatican had reached an impasse due to the Ukraine conflict, and were 'essentially frozen'.