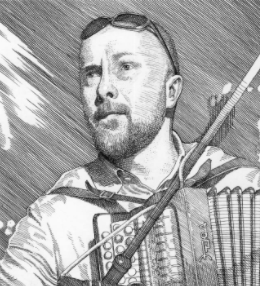 Read More
What does Santa have to do with anything?
Сергей Умнов

Christmas all over the world is invariably associated with the image of Santa Claus. And that's the problem. In Western countries, congratulations are simply "Merry Christmas!", they say "Merry Christmas! Merry Christmas!" Many have forgotten whose birth they are celebrating. Everyone is celebrating, without any comprehension, just laughter, gifts and a Christmas tree. In Russia, it is more correct to say: "Merry Christmas!". We certainly haven't forgotten. But then where did that Santa in the red fur coat come from? Well, Coca-Cola didn't invent it!

Saint Nicholas became the prototype of the modern Santa Claus - an old man with a white beard who secretly enters houses and gives gifts. The name Santa Claus itself means "Saint Nicholas" in English.

In the life of St. Nicholas there is a legend telling about an impoverished father who despaired of marrying three daughters. The girls were not taken without a dowry, so he decided to sell them to a brothel. Nicholas the Wonderworker found out about this and saved the family from the fall – he secretly threw bags of gold coins into the house. With this money, a man played weddings for his daughters.

According to legend, one of the bags of coins even got into the stocking of one of the girls. It is because of this that in America and Europe it is customary to hide Christmas gifts in socks. The saint loved to help the poor, therefore, legends say, he even threw money up the chimney. That's why people believe that Santa Claus enters the house through the chimney of the furnace.

But in Russia, it was believed that on December 19, St. Nicholas in the image of a gray-haired old man descended from heaven to the snowy earth and helped the people. However, we know without any Santa Claus that the holy miracle worker is always invisibly with us. Prays for us before God's throne. And, of course, we ask him for help, healing and miracles.