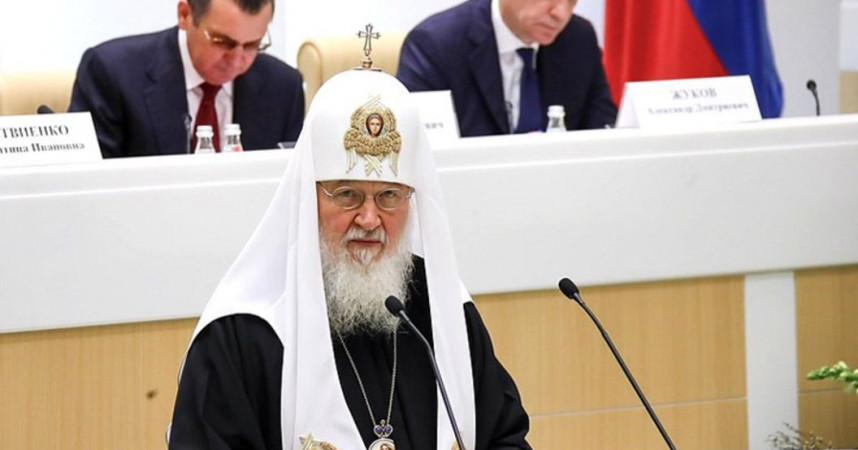 On May 17, His Holiness Kirill, Patriarch of Moscow and All Russia, at the Tenth Parliamentary Conference addressed the Russian legislators on account of the legal support of large families.

"I propose the urgent adoption of legislation for protection and support of large families," said the Patriarch. Parents, as well as traditional religions of Russia, ought to take part in its passage.

The Patriarch praised the measures of curbing abortions suggested by lawmakers, e.g., to stop performing abortions in private clinics. This would remove their financial interest in killing unborn children. Likewise, he welcomed new social initiatives stimulating the birth rate, including monthly payments to pregnant women who receive prenatal care.

The Primate of the Russian Church urged lawmakers to extent the benefits to a much larger range of women and families, particularly to all mothers until their children reach the age of year and a half. He observed that for many women such a support could become a decisive factor in their choice to refuse abortion and become a mother.

“I would like to emphasize again: the positioning of abortion as a free medical service financed from the state budget, that is, from the pocket of the Russian citizens, remains a big moral problem of our society, which suffers not only from moral impairment, but which is also experiencing a demographic crisis,” concluded the Patriarch.