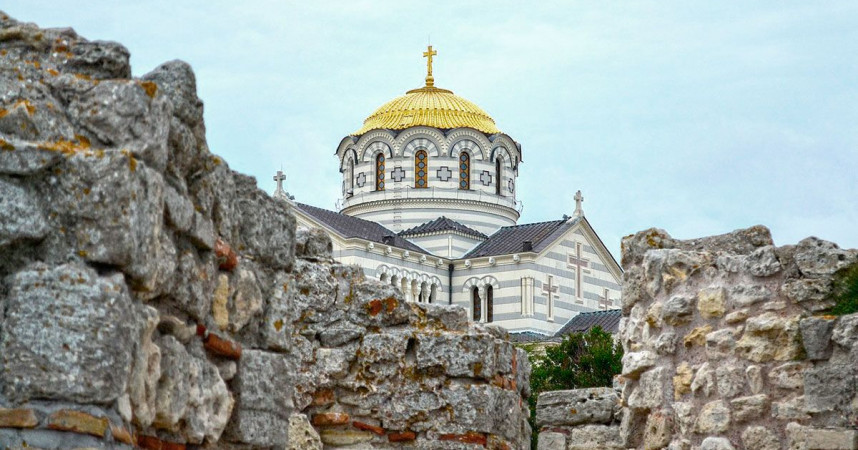 A new tourist route called “The Christian Crimea” is being developed as part of the national tourist project "Tourism and the hospitality industry" in Crimea.

This issue was discussed at a meeting between the Russian Federation Deputy Prime Minister, Dmitry Chernyshenko, and the Chairman of the Patriarchal Council for Culture, Metropolitan Tikhon of Pskov and Porkhov, RIA Novosti reports.

After the meeting, Dmitry Chernyshenko gave a number of directions, suggesting that a tourist and pilgrimage destination — a national tourist route called “the Christian Crimea” — should be developed as part of a large-scale tourist project in Crimea.

For its part, Rus-Tourism, the top Russian tourist authority, noted that there is “great interest shown by tour operators in the development of this type of route, and predicted that they should be highly popular among tourists."

“We are currently running a large-scale project on the design of the Crimean macro-territory,” Dmitry Chernyshenko said. “Today there is a unique chance — while we are still planning — to include historic places, Orthodox churches and monasteries, which attract large numbers of people. It is important to make sure that these places are easily accessibly for tourists and pilgrims. We need to create affordable and comfortable accommodation facilities, and of course make tourist programs. It is necessary to prepare year-round routes for recreation and spiritual enrichment of our people,” concluded the vice-premier of the Government of Russia.