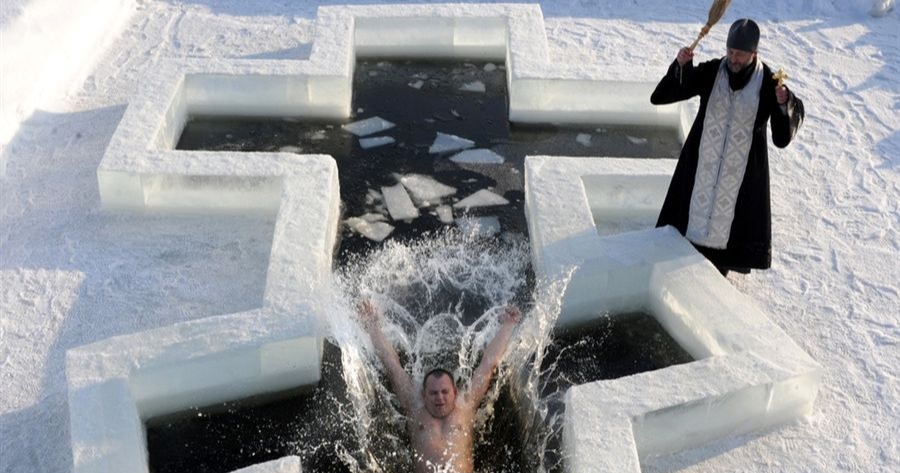 From personal experience, journalist and politician Alexander Lapin has come to realize that Orthodoxy is growing in Russia and a significant spiritual revival is taking place, in his own words, “Today in our country there is actually gaining momentum anew the process that began Prince Vladimir more than a thousand years ago.”

One of the phenomena that Lapin noticed among his compatriots to give credence to this belief actually occurred when he was pilgrimaging to the Holy Land. “It was enough to observe the different ways in which people of one nation or another behave on the banks of the Jordan. The Catholics came, sang a few songs together, and soaked their feet in the river. Baptized Koreans confined themselves to communicating with the preacher. Only the Russians put on their special shirts and by evening began to bathe in the cold water. There was some kind of devotion felt in this action. A certain striving. You could see how [the Russian] people were looking for faith. And the feeling that the [Russian] people were in search of something important remained the main thing for me after this trip.”

But these phenomena were not just outside the former Communist country. As Lapin noticed, “Now we see how many people inside Russia are reaching for the holy places as well. The queues at the ice-hole at Theophany are also growing every year. Despite the freezing cold, thousands of our compatriots enthusiastically dip into the icy water.”

And what are these Russians looking for? Lapin points out that, “Communion with the tradition of ancestors gives people the spiritual support they need…”

But this spiritual revival has its opposition as well, with many claiming that the Church was meddling too much in government affairs. Lapin; however, does not lose hope for he knows, “The reproaches leveled at the church over its interaction with the state also seem unfounded… From whom do we hear this most often? Isn't it the same people who are in favor of gay pride parades in downtown Moscow, but who reject the introduction of the course 'The Essentials of Orthodox Culture' in Russian schools?”

“Watching this virulent opposition, we realize even more clearly that building a nation state cannot occur separately from supporting Orthodoxy. Our opponents, unlike many of us, understand perfectly well: having a spiritual foundation in the form of the Orthodox faith, Russians will become significantly stronger than they were when they lost their primordial values. Moreover, today it is clear that the very return to the Russian view of the world is possible precisely through our traditional religion. In one of my articles I wrote that Russian means Orthodox… recognition of ourselves as Orthodox is the most important part of our self-identification process. By the way, it is no coincidence that Jews define who they are by their religion. And distinguishing Russians solely by blood, as extreme nationalists call for, would be a very difficult task today. To say the least, pointless.

Therefore, in terms of the spiritual movement of the Russian people on the way to create a nation state, we can hardly overestimate the importance of the process that we are witnessing now. I am referring to the revival of Orthodox traditions. The return of Russian people to God. The second (and I hope to say final!) Baptism of Russia.”