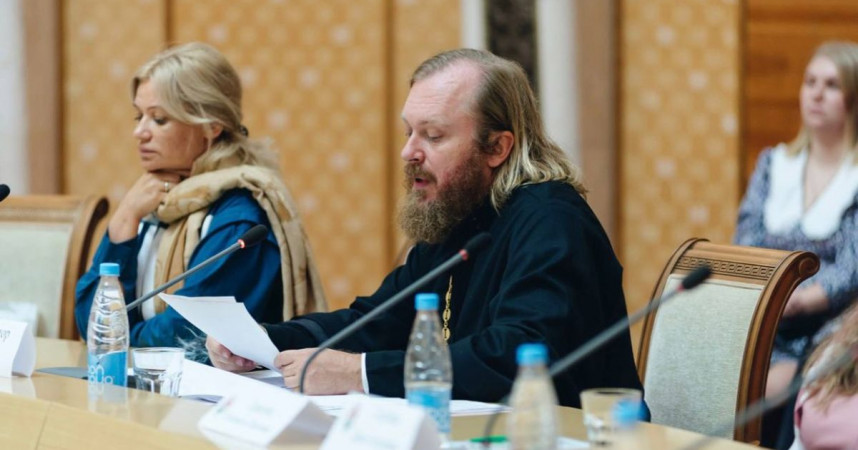 Chairman of the Patriarchal Committee for Family, Maternity and Childhood

Few in the West realize that the official Russian Orthodox Church has a significant administrative and policy-making bureaucracy which resembles a kind of ecclesiastical mini shadow government. The only thing resembling it in the West is the bureaucracy at the Vatican. There are departments (committees) for foreign affairs, book publishing, seminaries, charity, family, children's welfare, anti-abortion, media relations, culture, monasteries, youth, manufacturing of church supplies, and several more. The chairmen of these committees are appointed by the Patriarch and sometimes become quite prominent, often interacting at a high level with their corresponding government equivalents.

This article is a presentation given at a recent conference by the chairman of the committee for family, maternity, and childhood, which encompasses in it pro-life activism and lobbying of the government. This committee is on the more influential ones in the public eye, and his headed by a relatively young priest. It gives an interesting insight into how Russian policy makers think about upholding traditional family values.

This article is machine-translated so there may be some inaccuracies. Link to Russian original.

"New reproductive technologies are proposed to replace the family as the cradle of life. I am convinced that the time has come to respond to this challenge. The family requires comprehensive protection, including in public space," said His Holiness Patriarch Kirill of Moscow and All Russia. 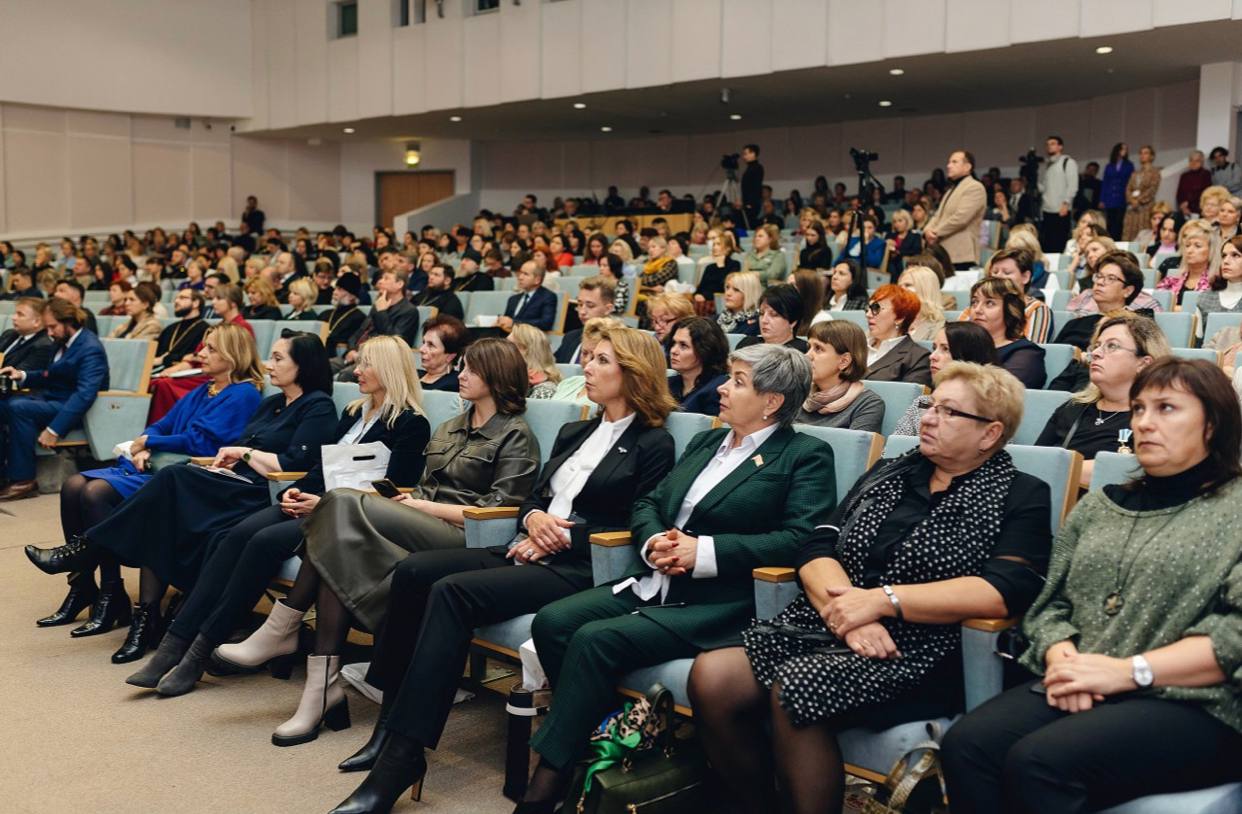 Truly, the family has become so vulnerable in today's world that concern for it belongs to the issues of national security.

Who will protect Russia, if the mortality curve is steadily moving upward, there is a mass aging of the population, and an entirely unjustified reliance on migration is being made? And most importantly, will there be anyone left to be protected by our state?

The Russian Orthodox Church has always paid special attention to supporting the family and moral values in our society. His Holiness Patriarch Kirill tirelessly reminds our statesmen of the critical importance of supporting the family for our future. And it is encouraging that the voice of the Church is heard today in the corridors of power and is seriously listened to when important documents and decisions are adopted.

Speaking about priority measures, which, in the opinion of the Commission's experts, should be taken to support Russian families, I believe that in everything having to do with increasing families and fertility is of utmost importance. Today it is a matter of survival of our state and that is why every measure aimed at supporting family and stimulating birth rate must be made a priority.

So far, our stated goals have not been achieved.

Today, in order to make up for the demographic losses, each family should have three or more children. So far 70% of parents who have one child are not ready to have a second one because of low income. According to a VCIOM poll, 49% of respondents would have a child if the state would provide material support, 40% of our citizens consider it ideal to have two children, and only 28% - three.

The results of the survey of parents with many children residing in several provinces of the Russian Federation indicate that the existing measures of state support for large families  are insufficient. In order to create favorable conditions that stimulate the birth rate, in the opinion of parents it is necessary:

- to increase the amount of monthly payments per child;

- to increase the amount of compensation for the cost of utilities;

- to subsidize 50% or more of the rent for housing;

- to provide free ownership of housing to families with five or more children;

- to reduce the interest on a mortgage loan for the purchase of housing and land.

If a family is unable to pay, its property is taken away and sold, and people are left without anything. The bank gets both the interest and the housing. Psychologically, this is a devastated, depressed family. And judging by the fact that the state created the Agency for restructuring housing mortgage debt, this problem has become a massive problem in Russia.

So, the maternity capital (a lump sum given to women for the birth of each child which must be spent on either housing or education), designed to stimulate child-bearing, in its current form, by contrast, has become a deterrent to the birth of the third child.

Meanwhile, only the transition of one- and two-child families to the status of large families will begin to seriously change the situation of reproduction and progressive growth of the population in our states. There is no other solution.

In order to implement this trend and overcome our demographic crisis it is necessary to urgently adopt legislation subsidizing large families and all families with children.

The legislation would be an investment in our country's most valuable asset and resource - our families and people!

Providing families with financial and psychological protection will help them overcome crises in family life, save them from destruction and give an opportunity of spiritual development to its members.

Thus, in the words of St. Theophan the Recluse, "Whoever lives in a family approaches salvation by good deeds done to their loved ones. The family is a little Church, (i.e. The father is the priest, the mother the deacon, who helps the priest, and the children are like the congregation), and it is strong, large families which form healthy citizens of both our earthly and heavenly Fatherland."

And this, in turn, is the surest guarantee of the national security of the country.