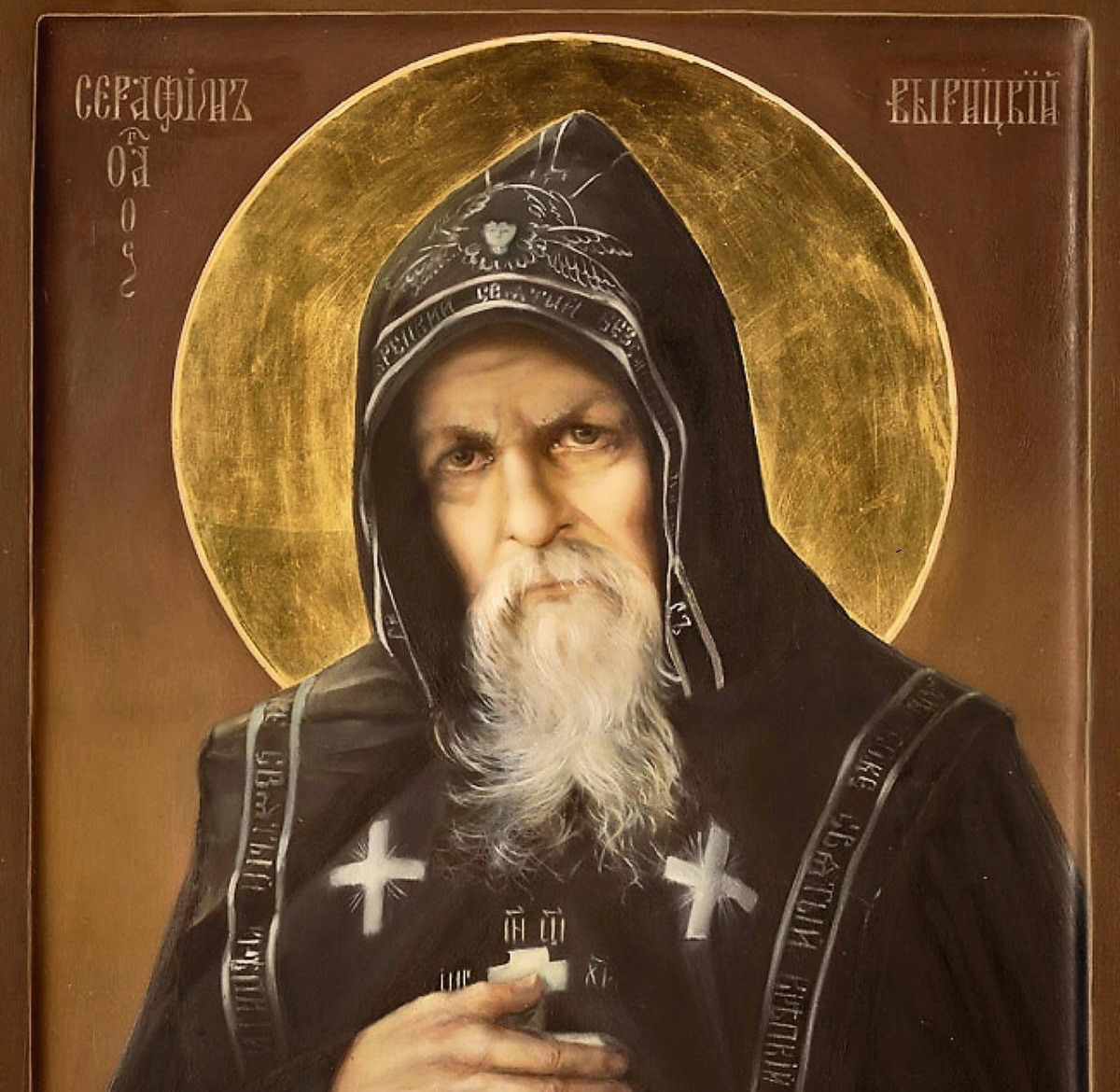 Young Vasily was from a peasant family. In the old days, all peasants were Christians, that is, they believed in our Lord Jesus Christ and tried to live by His commandments. So Vasily wanted to dedicate his whole life to God and become a monk.

The young man went to an elder for advice, and the latter revealed to him God's will: Vasily should first serve people in the world, get married, bring up children, and then, with the consent of his wife, become a monk.

And so Vasily began to live by God's will. Everything happened just as the elder had predicted. The young man went to town and became a clerk. He sent the money he earned to his sick mother.

Soon the young man met a girl Olya from his village, who also wanted to devote herself to God and become a nun, but was blessed to get married first, raise children, and then to commit her plans.

They got married. The young couple did well, and soon Vasily became a rich man. But he did not forget about God's will; he generously gave money to monasteries, churches, and hospitals, and helped the poor.

One day Vasily was riding in a carriage and saw a peasant sitting right on the sidewalk. The man exclaimed loudly;

Then he was silent and then he exclaimed again:

Vasily's heart told him that the man was in trouble, and he ordered the coachman to stop the carriage. Calling the poor man, he asked him questions. The peasant shared his troubles with Vasily: in his village he had an old father and seven children. All were sick with typhus. Their neighbors, fearing infection, kept away from their home. The last thing they had was a horse, and his father sent him to town to sell it and buy a cow, which was all his hope.

The farmer had brought the horse to town, sold it, but was unable to buy the nurse cow, because the money was stolen from him. The poor man being completely weakened by hunger could not resist the robbery. What to do now? How could he return empty-handed to his hungry and sick children? So he sat on the road, alternating praying and crying out,

Vasily sat the man down beside him and told coachman to go to the market. There he bought two horses and a cart, which he filled with various products. He also bought a cow. He tied her to the cart and gave the reins to the farmer. The farmer could not believe his luck and tried to refuse, but Vasily reminded him;

On the same day, Vasily had to go to the barber's shop. And, sitting in the barber's chair, Vasily, remembering the incident that had stuck in his heart, prayed several times: "Not as you want, but as God wills!" After these words the barber turned pale, dropped his razor from his hands, fell on his knees in front of Vasily and begged: "Don't ruin me, the Devil confused me..." It turned out that the barber, knowing Vasily as a rich man, had planned to kill him and take his purse with the money.

Many years later, Vasily himself became an old man. Having followed God's will all his life, first in marriage, and then in running a successful business, and then in raising the child that God had blessed him with; Vasily finally entered the monastery as his first desire had been. The people called him Seraphim of Vyritsa, as Seraphim was his new monastic name. He was later canonized a Saint in the Russian Orthodox Church, and thousands of people were helped by St. Seraphim, who revealing to them the will of God, would teach them to pray;

"Let everything be Your will, Lord. Not as I will, but as You will!"