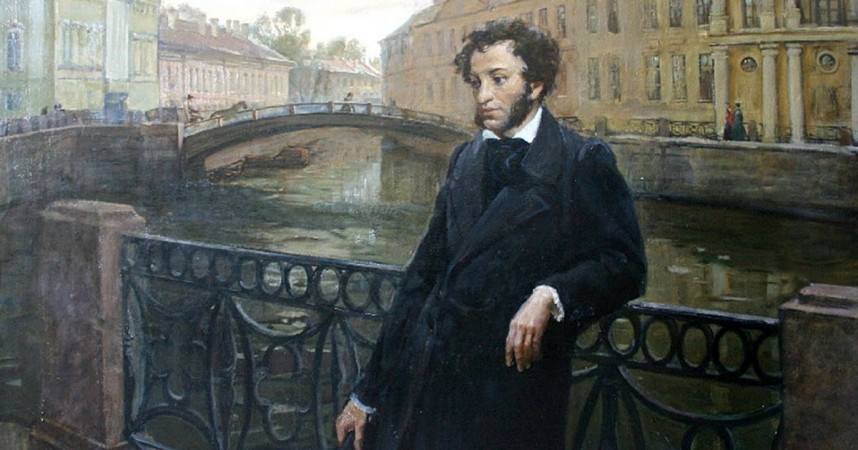 One of Russia’s most known and loved poets surely is Alexander Pushkin. And that love was reciprocated. Pushkin without a doubt loved his country, but more than that he loved the soul of Russia; the Russian Orthodox Church. He considered, "the greatest spiritual and political revolution of our planet [to be] Christianity. In this holy element the world disappeared and was renewed. Ancient history is the history of Egypt, Persia, Greece and Rome. The newest history is the history of Christianity.”

One of Pushkin’s strengths was indeed that he never lost that constant connection and communion to the heart and soul of the common Russian people. Through his study and experience of the Russian people and their history he appreciated and understood the positive influence on the society that the Orthodox Church provides, as well as the spiritual benefits that serve, "as mediator between … man and the Godhead.”

And because of this love and this understanding he never shirked from defending the beauty of his homeland and the beauty of the Church, vocally challenging his close friends as well as even going so far as to criticize historic monarchs.

Pushkin’s friend Chadayev was enamored with Catholicism and often made remarks that were derogatory to the Orthodox Church. Pushkin categorically refuted these claims and often entered into serious theological debate with Chadayev.

Furthermore, while Pushkin paid the due respect to one of Russia's historic political leaders, Catherine II, he was vocal about his disapproval of her treatment of the Church. He objected that she "clearly persecuted the clergy” and worse than that, unforgivable in Pushkin’s opinion, was that “by depriving [the Russians] of an independent state, she dealt a heavy blow to the education of the people. Many villages are in need of priests. The poverty and ignorance of these people, who are needed in the state, humiliates them and deprives them of the very possibility to engage in their important position. This leads to our people's contempt for priests and indifference to our national religion.”

It is rare to find such a sincere defense of the Church and her clergy, but like the warrior saints and martyrs of the past, Pushkin clearly saw the Church as she is — a treasure worth defending.