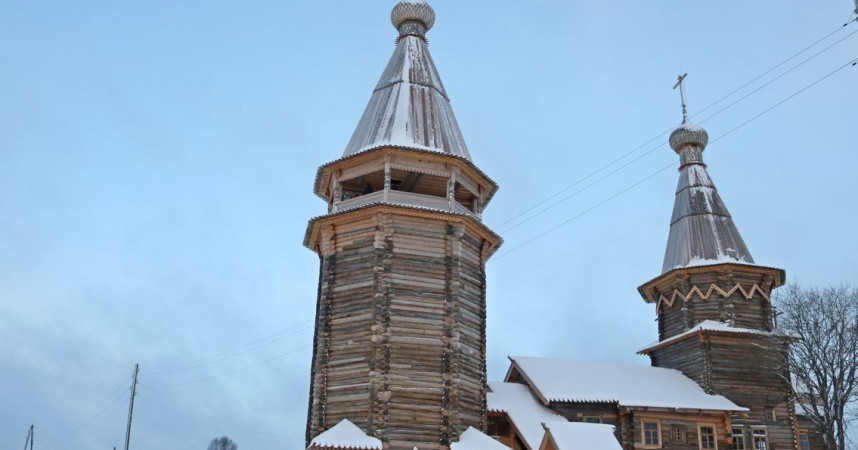 The restoration of a unique wooden church dedicated to the holy martyr, Saint Barbara, has been completed in Karelia. The church was built in 1656, and is one of the oldest in Karelia, designed in the "tent" style.

The search for a restoration company fit to carry out the complicated job was announced in 2015. After several failed attempts, the firm that has managed to bring the difficult work to completion is the Zaonezhye Architectural and Restoration Center. Its portfolio contains the unique case of the restoration of the Transfiguration Church in the Kizhi Historical and Architectural reserve.

The Saint Barbara Church has the status of a monument of wooden architecture of federal significance, and its restoration was carried out at the expense of the federal budget.

Thanks to the skill of the restoration workers, more than 70% of the historical material has been preserved on the bell tower, and about 60% in the church building.

In addition to its architectural value, the church has a unique historical past. A revered icon of the holy martyrs Barbara and Juliana was kept in this church, donated to it in 1703 by Illarius, cellarer of the Solovetsky monastery. At the end of the 18th century, the parish consisted of 83 households with a population of 903 people.