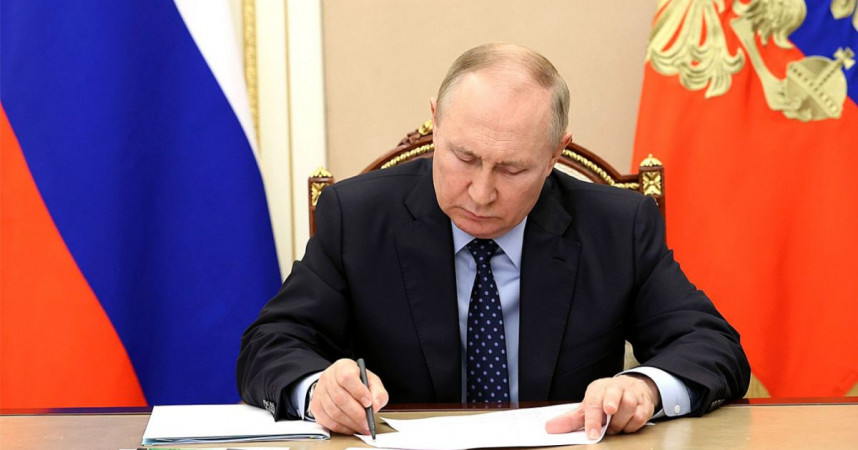 With the signature of the President, the law is now official. The promotion of sodomy is now banned in Russia.

On December 5, 2022, Russian President Vladimir Putin signed a law completely banning homosexual propaganda for both adults and children. This new law has been offially recorded and published in the electronic document database of documents of the State Duma. Previously, the legislative ban had been approved by the State Duma and the Federation Council.

According to the new law, propaganda promoting homosexual activity, gender reassignment, or pedophilia will be completely prohibited in social networks, media, advertising, and films. For example, any film that promotes non-traditional sexual relations will be denied a distribution certificate.

It is now forbidden to sell goods, including imported items, which violate the terms of this new law.

The Russian federal executive agency responsible for monitoring and censoring Russian mass media — Roskomnadzor — will create a database of prohibited resources engaged in homosexual propaganda, for the purpose of subsequent blocking. Also, the department will determine the procedure for monitoring such information on the internet.

This law, developed by more than 300 deputies, was adopted by parliamentarians on November 24.

In an explanatory note to the law, the deputies explained the importance of expanding responsibility for sodomite propaganda by the fact that non-traditional values ​​can negatively affect not only the fragile psyche of children, but also demographic indicators.

As reported earlier, the United States federal government has recently been passing laws establishing privileges for homosexuals, precisely the opposite as the trend in Russia.