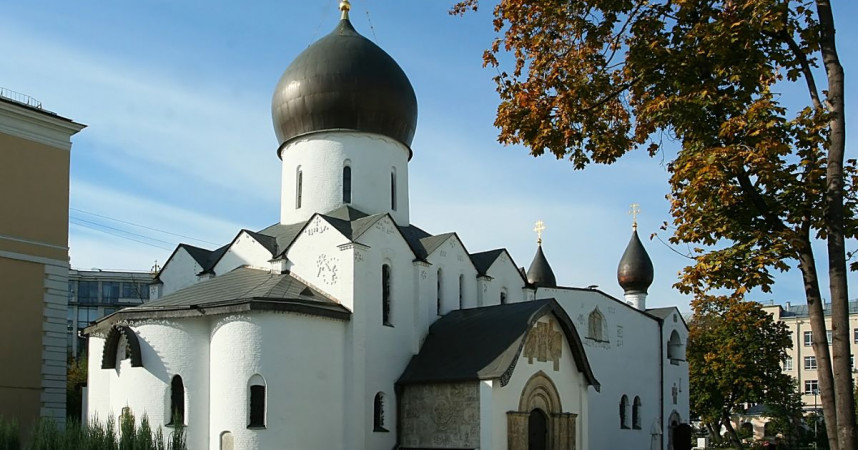 As Church Life is revived in Russia, so too is the tradition of honoring dearly loved saints with Festivities and acts of Mercy.

St. Elizabeth has a special appeal to Russians and the convent in Moscow which she herself founded at the beginning of the 20th century is a remarkable place with a vibrant community, many of them young families.

With the blessing of the Patriarch, the monastery that was founded by St. Elizabeth Feodorovna, and that houses her relics, has honored her in a special way every October 11th since 2017. This day is especially important to pilgrims who honor this saint’s memory, because that is the day when her relics, along with the other Alapaevsk martyrs, were lifted from the mine shaft where they had been thrown by the Bolsheviks.

This October 11th is no different, and the Marfo-Mariinsky Convent of Mercy is welcoming everyone to their festivities. Below is a translated summary of the program for the feast, as well as links to where one can register for the various events. As it is machine translated we apologize in advance for any errors.

Image: The Marfo-Mariinsky Convent of Mercy

On October 11, 2022, the Marfo-Mariinsky Convent of Mercy in Moscow will mark the feast day of the Great Princess Elizabeth Feodorovna. Everyone is invited to visit on this day in the monastery and take part in a special charity event.

The commemoration will begin with two Liturgies, one of which, the later one, at 09:00 o'clock at the Protection Cathedral will be presided over by the head of the Synodal Department for Church Charity, Bishop Panteleimon of Veresaia, according to the website of the Marfo-Mariinsky Convent of Mercy. 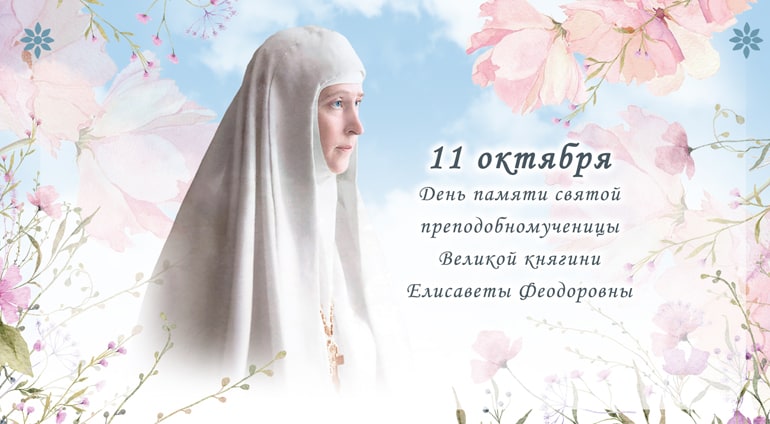 “We invite you to the Marfo-Mariinsky monastery to share the joy of celebrating the day of memory of St. Elizabeth," said the abbess of the monastery, Abbess Elizabeth (Pozdnyakova). “In her life we see an example of a truly Christian attitude to those trials, which are inevitably encountered in the life of man. Staying faithful to Christ and continuing her work, lovingly helping those who are worse off and who especially need care and help - that was her choice, which today should be the main reference point for all of us.”

After the later Liturgy there will be a celebratory tea party, and then an extensive program will be offered to the guests.

For example, a lecture by Alexei Osipov, Professor of the Moscow Theological Academy, on "How to be a Christian in the modern world?" will be held at 12:30 p.m. in the Cathedral of the Protecting Veil. To attend the lecture, you must register here.

A significant event of the day is that for the first time the Museum House of Grand Duchess Elizabeth Feodorovna will be open to the public. Guests will be able to visit the rooms where she used to live and receive guests, and view the exhibits of the museum.

In turn, in the church-chapel in honor of the martyr Elizabeth in the garden of the monastery throughout the day there will be held excursions, to the Chapel of the Grand Duchess Elizabeth Feodorovna, focusing on the traces of the history of the beginning of the twentieth century.

In addition, on October 11, in the Marfo-Mariinsky monastery, a charity event "More than food" will take place, during which food will be collected to support the wards of “The Group Working with the Beggars” and other projects of the monastery.

“It was not by chance that we called this charity event ‘More than food’”, said the head of “The Group Working with the Beggars”, Elena Perkhunova. “When we give food packages to people who come to us for help, we are sharing with them our warmth and caring. It's very important for each of them to know they won't be left alone with their troubles. Now the help is especially needed, as products are becoming more expensive and the number of people who come for help is increasing.”

Stew, canned fish, pasta, buckwheat, rice, peas, oats, millet, as well as cooking oil, tea, sugar, cookies, and candy will be accepted at the branded counter in the monastery until 16:30.

And the day will end with a charity concert of the Bolshoi Theatre String Quartet in the House of Russian Abroad. A. Solzhenitsyn. Music by Russian composers can be heard after registering here.

The Marfo-Mariinsky Monastery reminds us that in 1918, exactly on October 11, the bodies of the Alapaevsk martyrs, among whom was St. Princess Elizabeth Fedorovna, were lifted from the mine. In 2017, with the blessing of His Holiness Patriarch Kirill, the date was added to the church's monthly calendar, and the day became the monastery's feast day.