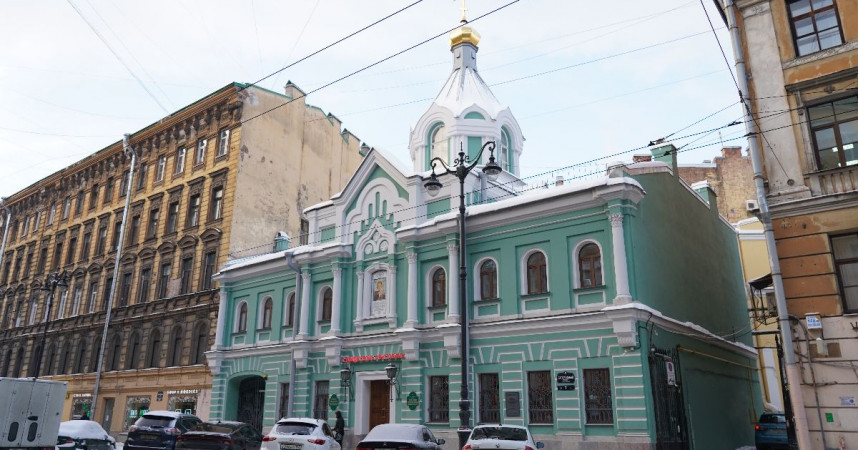 The House with the Chapel was built in 1864-1866. It was designed in the Russian-Byzantine style by a Russian architect Ivan Slupsky. The House has a rich history. Russian emperor Alexander II and his family, as well as writers Fyodor Dostoevsky and Nikolai Leskov, who lived nearby, used to be frequent visitors in the chapel.

In 1906-1908 the house became part of the representation of the Konevsky Monastery, which is a Russian Orthodox monastery located in the Konevetz Island in the western part of Ladoga Lake. It is often described as a twin monastery with the Valaam Monastery, which is also located on an island in Ladoga. In 1919 the chapel was turned into a parish church, which was closed down in 1931.

It was returned to the Russian Orthodox Church in 1993, and is now part of the cultural heritage site of regional significance called, "The Konevsky Monastery Compound". 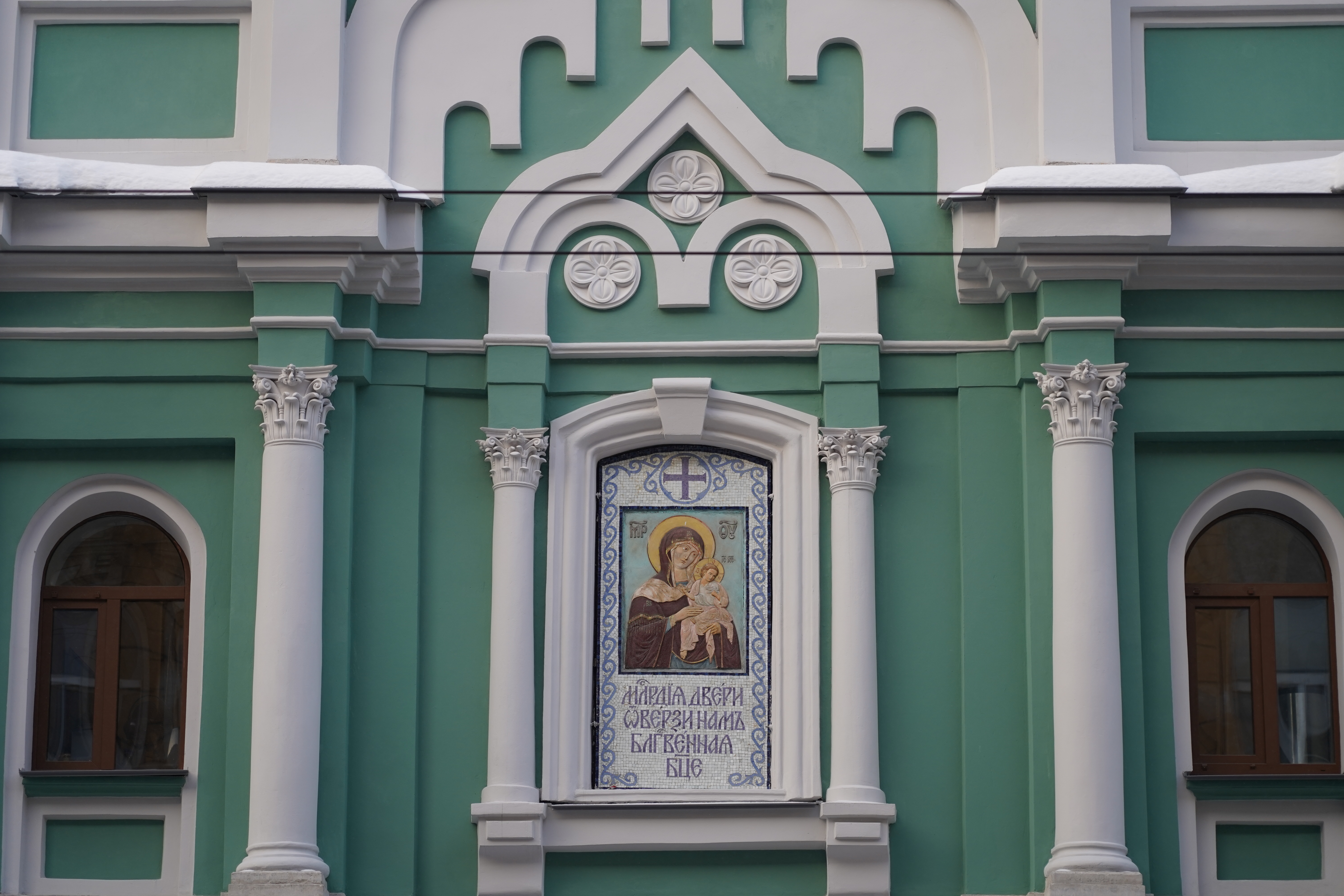 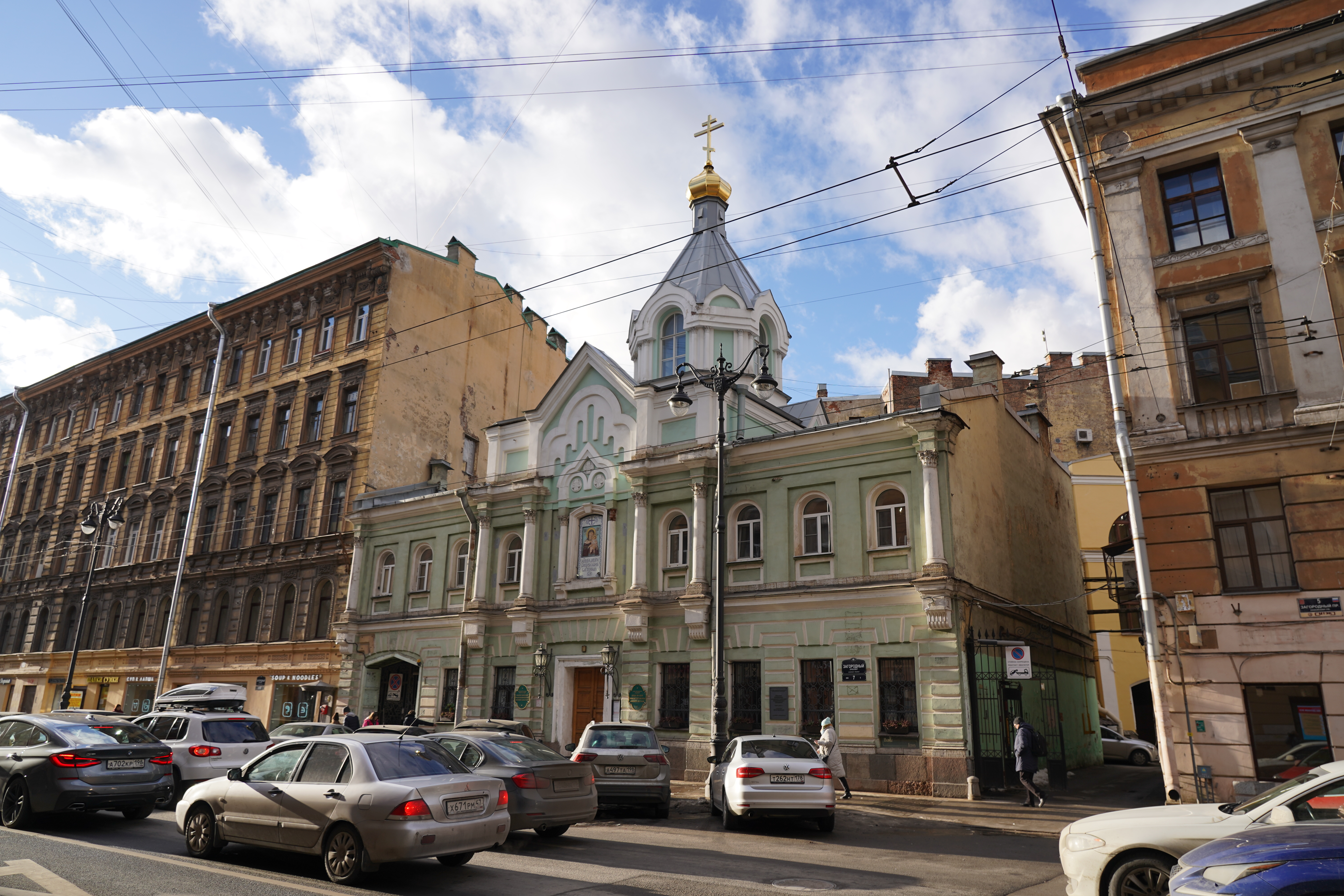