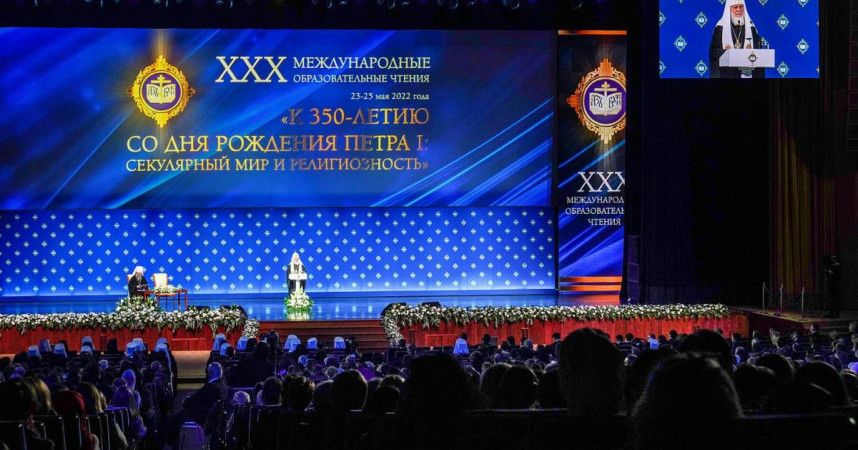 From January 25 to 27, 2023 in Moscow will host the XXXI International Christmas Educational Readings. This year the theme of the forum will be "Global challenges of our time and the spiritual choice of man.

International Christmas Educational Readings are an international forum held annually in Moscow and organized by the Russian Orthodox Church, at the beginning of the year under the honorary chairmanship of the Patriarch of Moscow and All Russia. Each year it is attended by more than five thousand participants.

More than 300 speakers take the floor at the Readings each year. The best papers are regularly published in collections.

The name of the forum comes from the fact that the Readings are usually held in January after the celebration of Christmas, January, 7.

The first Christmas Readings were held in Moscow in 1993. This format evolved from a conference of Orthodox educators in Moscow.

Among the most important tasks of the Readings are development of orthodox education, spiritual and moral enlightening of society, understanding of the problems of science and culture from the standpoint of the Christian Orthodox world view, expanding cooperation between the Church and the state in the field of education.

Here is the list of the themed Christmas readings:

"Faith and Education: Society, School, and Family in the XXI Century" (2007).

"Practical experience and prospects of church-state cooperation in the field of education" (2010).

"Enlightenment and morality: care of the Church, society and the state" (2012).

"Alexander Nevsky: West and East, the historical memory of the people" (2021).

The Readings have become one of the most representative, interesting and significant events in the life of the Russian Orthodox Church and the academic community, encouraging the spiritual enlightenment in the Russian provinces. Following the example of the international Christmas Educational Readings, regional and district conferences and seminars on the problems of religious education and spiritual enlightenment are held in many regions of Russia.