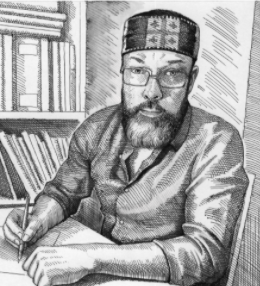 The most discussed topic on all Orthodox media throughout Russia is a gruesome story of a woman from Raduzhnoye of the Khanty–Mansiysk district. She beat her little daughter because the girl did not want to go to church, and wanted to watch cartoons instead. On top of that the child has apparently done the sign of the Cross with a wrong hand - so the mother lost her patience, and the following outburst was caught on tape. The video of the mother beating the girl immediately spread on social media, law enforcement agencies are now conducting an urgent check, the authorities are urging people not to lynch the woman, and bloggers are talking about how crazy those church-people are.

Analyzing this situation, for some reason I don't even want to be surprised. I want to ask, as we all like to do these days: “What has actually happened?”

At the very beginning of our enlightened 21st century the doubting part of humanity unexpectedly got a little of what was called "Orthodoxy with a human face". A magazine called “Foma” opened people’s eyes to the true world of Orthodoxy. They started to see beyond incomprehensible prayers and boring services with black bearded priests. It turned out that "black" does not mean bad, that every detail in the service matters, that real life with God was joy, not despondency. The meaning of faith and Salvation began to open up for people. It turned out, Christ really was here among us, and to Him it did not matter if you wore jeans to church instead of a skirt. Even the scary church-ladies picking on teenage girls for their skirts being too short turned out to be nice - a living part of an old tradition. The Truth that we found in church was more important than all the bickering about clothes and rituals. It did not matter which end of the candle you lit, it only mattered why you did it. Gradually, year after year, Orthodoxy came into our lives. The teenage girls of yesterday turned into adults and no longer fancied short skirts, and the old ladies calmed down as well somehow. It became normal to talk about God openly, without fear of being laughed at.

But at some point we have lost this balance between God, reason and Grace. In recent years the Orthodox public has seen and heard all sorts of breaking news. It was all on the TV screens - the dirt, the gossip, the wild rumors about the Church from one side and the battle with Satan and the search for demons from another. We have not just lost the balance - we lost enlightenment. People have stopped searching for the very light of Christ that enlightens everyone. Instead they acquired superstitious thinking. It’s like the post-soviet 1990s are coming back - the times when sorcerers, healers and magicians sprouted everywhere and the hungry, tired, desperate people easily believed them. However the magical faith of our time is mixed with a truly Orthodox spirit. There is even a popular TV show where a palmist fortune-teller in front of a crystal ball calls angels to help.

How is all this relevant for the child abuse case, from which I started? Well, imagine an unhappy woman from a little Siberian town. It is called Raduzhnoye, which ironically means “Rainbow-town” in Russian. Imagine a woman from a poor neighborhood, burdened with a lot of problems, who has no job, no money, no husband. To her the world is a cruel, cold and miserable place. And there is this mindset, this dream, this childish desire for a miracle: "I'll go to church now and all the problems will be solved in a moment". It seems that the miracle will come if you do everything right. Just tick all the boxes, follow all the rules - and there are so many of them, in Orthodox church! And then, when you think you’ve done everything that was required and you finally earned your miracle, the child ruins everything! She did the sign of the Cross wrong! We’re back on square one, all the points are lost, all this great effort was for nothing. Well, what do we do with someone who stole a miracle from our grip? There isn’t a punishment strong enough.

I have seen such examples in Russian little cities a million times. People say "Now I will light a candle in the church and the deal (exam, wedding, job, purchase, meeting, operation – or any other thing) is in my pocket!". You don't need to know anything about Christianity, the Church, or God. Just put a candle on and cross yourself properly. One could think we should have a written sign by each candlestick saying “It doesn't work like that!".

The Church doesn’t do magic. It is not a disaster if you come to a service in jeans, or if the child crossed himself with a wrong hand. Even if you ate something forbidden during Lent, the earth will not fly into the celestial axis! It doesn't work that way!

All you need is enlightenment, true faith and spiritual work. Everything else will come with them. With the Gospel, with the truth, and with God. That's the only way.

Share:
More Author Articles
More Author Articles
В чем правда, брат?
Вот если бы все у нас были по-настоящему православные
Цукерберга боимся, а Бога нет?
A sharp feeling of a civil war
An ordinary November day with an unusual story. The seventh...
По заслугам обязательно воздастся всем. Проверено святыми отцами
McDonald's as the Mirror of the Russian Education
I have to admit a terrible thing - sometimes I go into an en...
Why are they taking off their pants?
It seems that we have quite noticeably moved into some new p...
They want to steal Christmas from us!
I really wanted to write this column in terribly abusive ter...
We have to talk to the children
One day I was invited to an Orthodox gymnasium to tell high...
Why do we need holy relics, and who cares about "the hand of some saint"
One famous designer went through the attitude of the Orthodo...
Read More