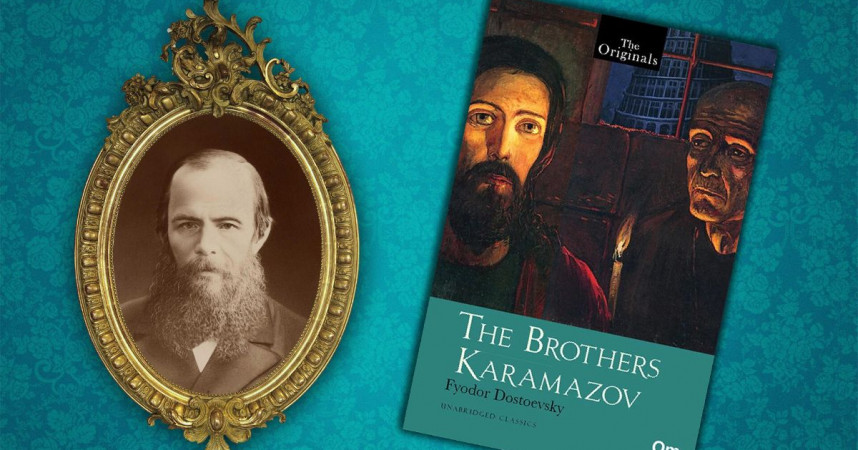 Fyodor Dostoevsky’s ‘The Brothers Karamazov’: A short summary
Read More
Fyodor Karamazov has three sons, but they never had good relations. So, one of them is suspected of killing the father, because of a woman and money… Who could that be and why?

Dmitry, Ivan and Alexey are three sons of the one father, Fyodor Karamazov, a lustful and cynical provincial landowner. They have completely different characters and perceptions of life.

The youngest, Alexey, in his 20 years of age, is already preparing to become a monk. He is a believer and spends all the time in the nearby monastery with an old and wise monk named Zosima. The middle son, Ivan, is a man of science, a philosopher and a skeptic with a cold mind. He is constantly struggling in his mind, trying to figure out if there is God or not and if there is such a thing as a soul or not… And he is always debating with Alexey about religious matters. 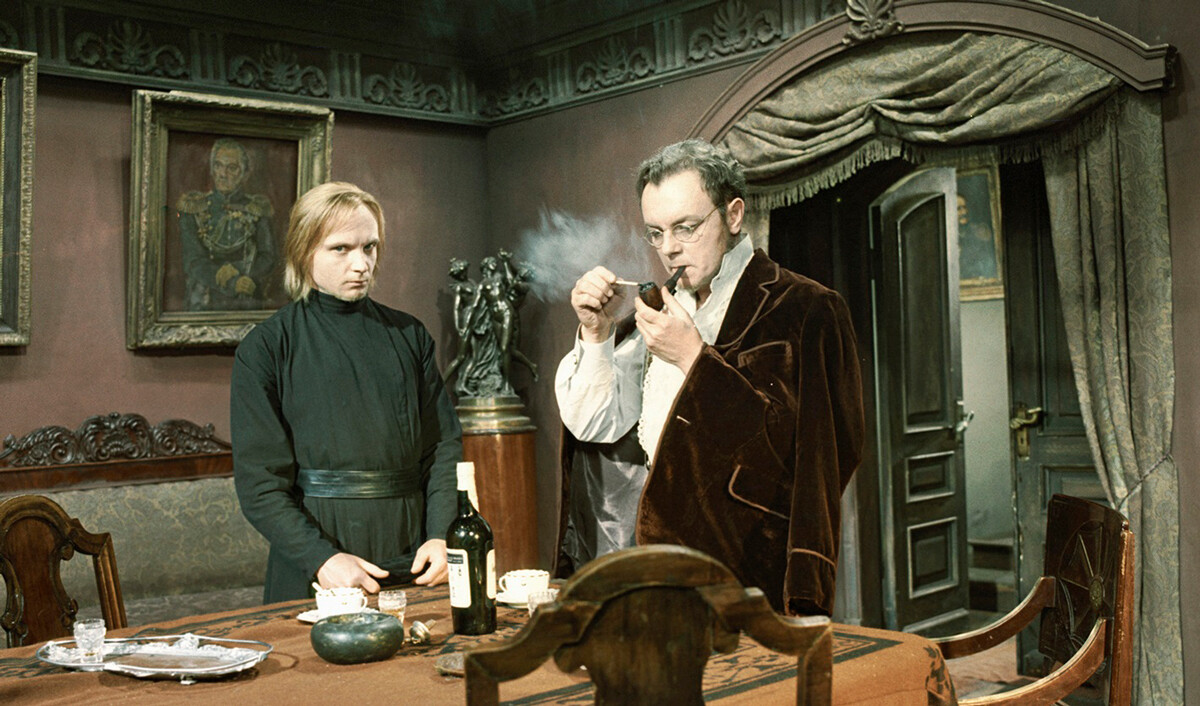 Both Alexey and Ivan worry about their father's relations with their eldest brother. Dmitry, the eldest son of Fyodor’s first marriage, had never been spoiled, neither from father’s attention, nor love, not to say about money. And at a very young age, he moved to a relative’s house and they didn’t meet frequently after that. Dmitry is an emotional, hot-tempered and passionate man (and is, in fact, most like his father in temperament). The novel starts with Dmitry asking his father for money and part of his inheritance and blames him for not taking part in his upbringing. But Fyodor doesn’t want to give him anything. Their already terrible relationship is complicated by the fact that they both love the same woman named Grushenka… And she actually courts both of them. 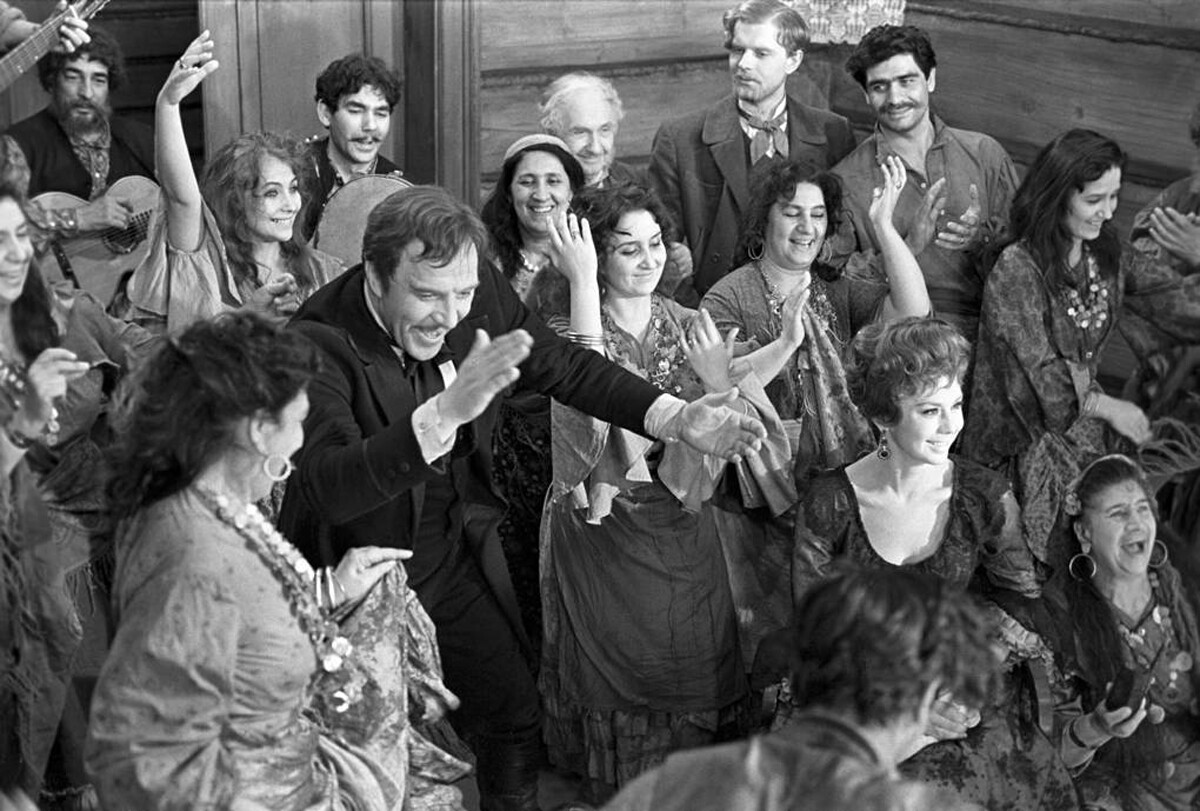 Dmitry desperately follows Grushenka and tries to catch her and his father together. Ivan is even afraid that Dmitry is able to kill his father, because of money and the woman. And, one night, when Dmitry is hanging out and drinking with Grushenka, policemen arrive, saying his father has been killed… And Dmitry, as the main suspect, is arrested.

However, the true murderer reveals himself to Ivan. It appears to be the father’s lackey, who is also another secret son of his from a serf woman. Named Smerdyakov (which, in Russian, translates as “stinky”), he says that he was inspired by Ivan’s reflections - if there is no God, that there is no morality, then everything is permitted. At the same time, Smerdyakov has an alibi, because he pretends to have had an epileptic seizure. However, without being able to handle what he did, Smerdyakov kills himself. 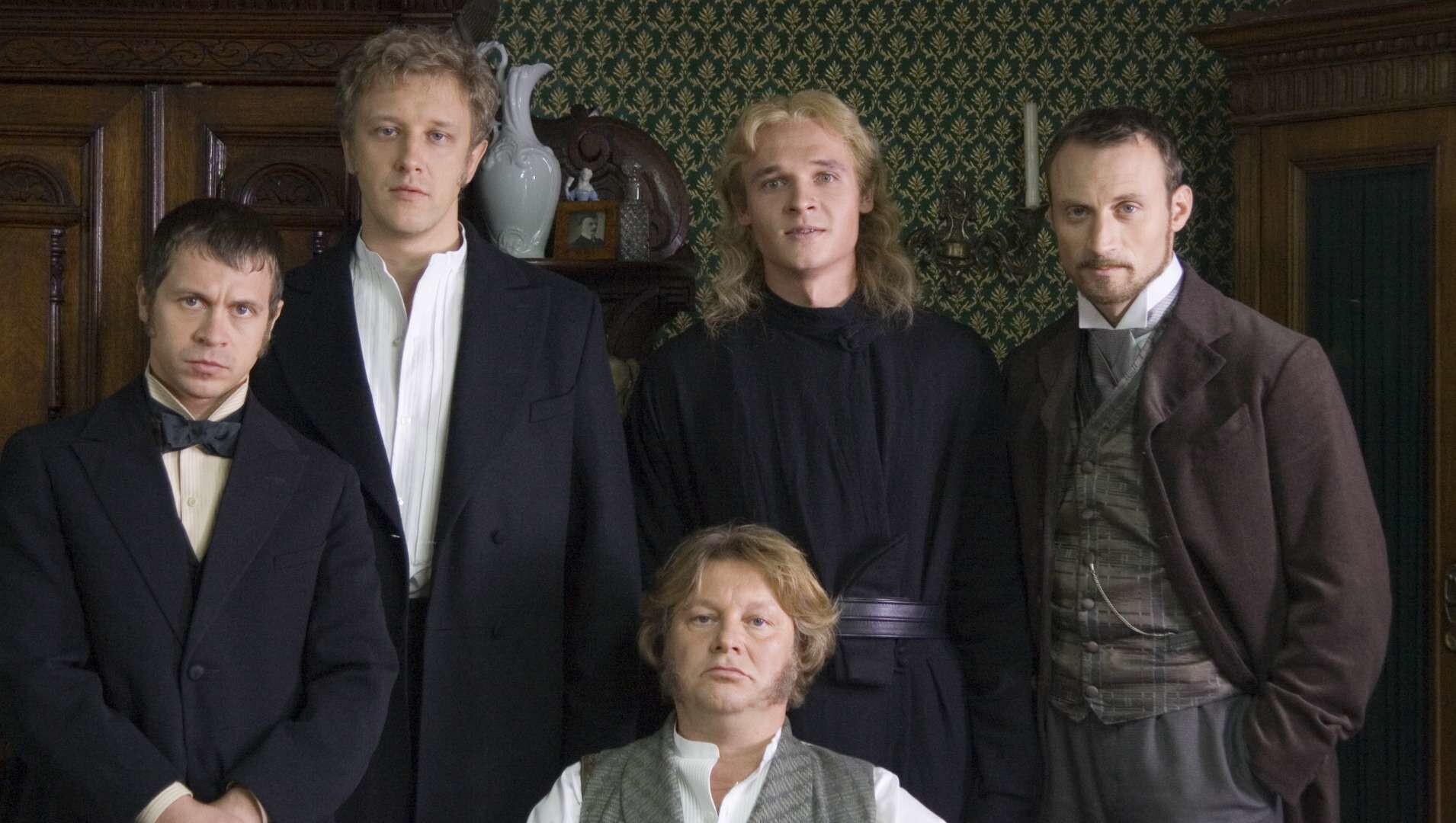 A still from 'The Brothers Karamazov' series, 2008

The final part of the novel is a lengthy description of Dmitry’s trial. Ivan tells the story about Smerdyakov, but ends up with hysteria, so no one believes him, thinking that he just wants to save his brother. The prosecutor and a famous lawyer, meanwhile, held incredible speeches. And, finally, an innocent Dmitry is sentenced to prison.

What’s behind the novel?

Dostoevsky borrowed the plot from a real criminal story he read in a newspaper. However, that’s only the detective plot part of the novel, while its meaning goes much deeper. Dostoevsky’s very last work is his quintessential ponder on the nature of love, sin, God and morality. The novel is incredibly psychological (and Dostoevsky is a pioneer in psychological writing among Russian writers). He makes an attempt to understand the Russian soul and to dissect the characters’ thoughts and behavior. Why do they act like that? What makes them commit all their sins? That’s what truly bothers the writer. 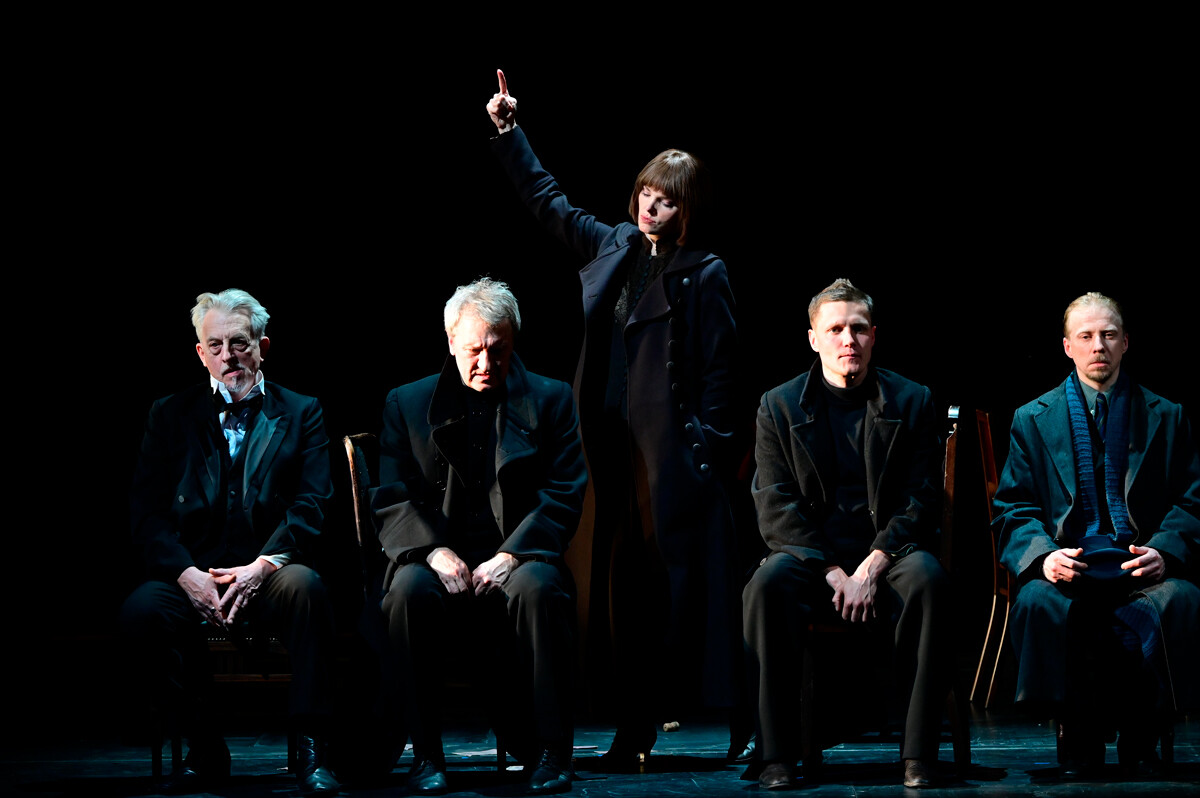 Lev Dodin's staging of 'The Brothers Karamazov' in the Mayakovsky Theater, Moscow

A character named Zosima is an old monk, who gives wise advice and lives his perfectly Christian life with much self-discipline and praying. He has a real-life prototype called Ambrose of Optina, a starets and monk, who was considered a saint, even while he was alive. His figure is an example of the faith that can save the soul.