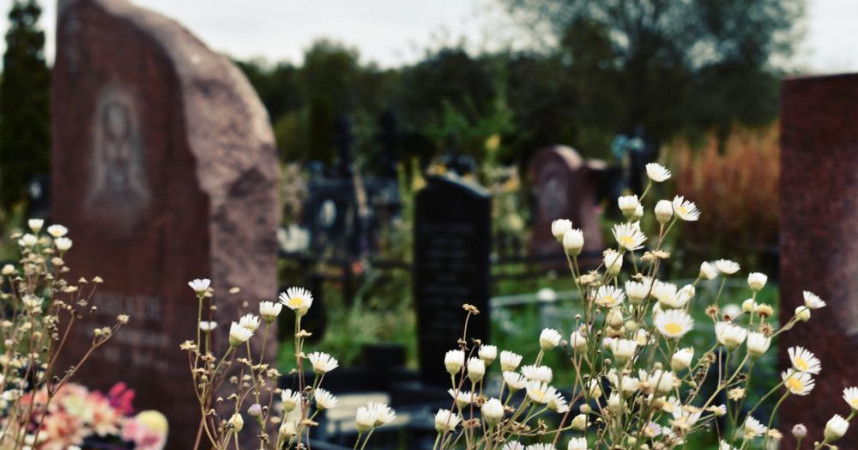 The most common superstitions, perhaps, relate to the funeral service and burial. Where it is all coming from in these sometimes completely unimaginable customs? Archpriest Yevgeny Gagan, the cleric of the Cherkasy diocese of the Ukrainian Orthodox Church, discusses this on the eve of Dimitriyevskaya parental Saturday.

The very first or one of the first actions that are done soon after death in the house is to cover the mirrors, then put a glass with water and a spoon on the windowsill, and, finally, put 40 kopecks or just some change into the coffin. Who among the priests, one may wonder, speaks of the importance of closing mirrors in the house of the deceased? No one. Only grandmothers-sorceresses, paranormalists, and other "great experts" of all the secrets of spiritual life. Do the Orthodox need to listen to them? The question seems to me to be rhetorical.

Water on the windowsill. Is it necessary for people to interpret that the soul has no mouth, no stomach? It turns out that it is! But what annoys me more is the custom of putting money in a dead man's pocket or throwing it on a coffin in the grave. The origins of this superstition, it seems to me, lies in the tradition of the ordeals of Blessed Theodora. But, as the saying goes, you heard the song but got it wrong. So here, too: the coins that Theodora's spiritual father had given were nothing more than his prayers and alms, with which he freed Theodora from demons. With us, everything has taken on a literal meaning. And if the Gospel is placed into the coffin for a priest, then it is clear that this is not so that he would read it in the next world, but as a symbol of their faith in it. For the same purpose, they put a cross and an icon into the coffin of an Orthodox.

But medals and orders are not needed in the coffin, since they are a reward from people. The deceased needs a reward from God. And it is especially harmful when they put in the coffin what the deceased was addicted to, for example, cigarettes, playing cards, etc. Even after death, they try to associate them with the deceased, not understanding the destructive essence of the passions in this world for the afterlife of the soul.

Tying towels, laying them at crossroads, covering the path to the cemetery with periwinkle grass or pine needles is a folk tradition, which, it seems to me, does not carry anything bad in itself, but when people start to fall into hysterics, if any of this was missed, this is already a sin. There are also folk traditions that sometimes lead to disputes at the burial. For example, is it possible for relatives to lower the coffin into the grave, should a shroud cover the arms, legs, and face of the deceased, or something like that. Different priests can give different answers to these questions - from neutral to radical.

In our part of the world, many clergymen have come to terms with the fact that crosses are placed at the head of the grave of the deceased, that in some places memorial days in cemeteries (“grobki” or “coffins”) fall on the days of Bright Week (in which the statute actually forbids the public commemoration of the dead as inappropriate to these joyful days)... The calendar Radonitsa in some places is generally unknown to ordinary believers, and attempts to postpone memorial days to the Tuesday of Saint Thomas’ Week are doomed to failure in advance, until people understand the need for this.

Still, they are even trying to give a scientific justification to some superstitions. It seems to me that an echo of the pandemics of the past centuries is the reluctance of some relatives to give a "last kiss" to their deceased under the pretext of fear of "cadaveric poison". Lack of awareness becomes fertile ground for phobias. One English writer justly remarked when he put the words "the dead do not bite" into the mouth of a character of his work.

In our part of the world, among other things, there are tales of the so-called "mourned" souls of the dead, who supposedly come to those who miss them very much, and as a result, a person dies. Here, in general, it would be necessary to give the floor to a psychologist, but in my own words, I will say that longing for the deceased can lead to insanity, which the evil one will not fail to take advantage of. For example, a person, losing hope in God's mercy to the deceased, surrenders into the hands of a deceiver, who first, having assumed the appearance of a loved one, comforts the grieving person, and then incites them to commit suicide as a means of a quick meeting with the deceased.

How many other superstitions are there around burial? Probably as many as there are people who do not check their guesses by asking the clergy about them.